Almond milk is one of the most popular non-dairy milk alternatives of our time. It’s delicious, nutritious, suitable for lactose intolerance, and 100% vegan. But it’s not just vegans who enjoy consuming almond milk. Coffee lovers of all kinds often add almond milk to their drinks for its nutty flavor profile - and it doesn’t hurt that it’s lower in calories than regular milk and cream!

Unfortunately, there is just one disadvantage to putting almond milk in your coffee; almond milk is prone to separating and curdling, making your coffee taste chunkier than ideal. It’s easy to assume that milk made from nuts can’t curdle, so why does almond milk curdle, and what can you do to stop it from happening?

Let's find out in this complete guide, where you'll not only learn why almond milk separates in coffee but also how to prevent curdled almond milk altogether.

Why Does Almond Milk Curdle? (Main Reasons It Splits)

Almond milk is a plant-based beverage made by blending almonds and water and straining the resulting liquid. It's a lot thinner than regular milk because of the water, but many people consider it the healthier, more wholesome option.

When adding cold almond milk to a cup of hot coffee, you’re running the risk of drinking curdled almond milk. Luckily, it’s not unsafe (more on that later), but it’s not the most pleasing thing to drink. To understand how to prevent it, you first need to understand why it happens in the first place.

There are a few explanations for why almond milk creamer curdles in coffee, including:

If you’re drinking hot coffee and use almond milk directly from the fridge, the temperature difference can cause curdling.

This is because the chemical structures of almond milk's proteins break down faster and easier than those in dairy milk, and high heat can cause the protein structure of your almond milk to fall apart and separate, AKA, curdle.

High Acidity Of Your Coffee

Black coffee is quite acidic and ranks at about 5 on the pH scale. Almond milk isn’t as acidic and has a “curdle point” of ~5.5. When almond milk is added to coffee, the lower-pH coffee sometimes acts as a coagulant, breaking the milk into larger parts.

This won't be as much of a problem if you prefer low-acidity beans or you've taken steps to lower the acidity levels in your coffee. Feel free to check out our guide on how to do that.

The best almond milk brands right now are Silk, Califia, Blue Diamond, and SO Delicious, so consider buying one of these as your coffee creamer alternative. 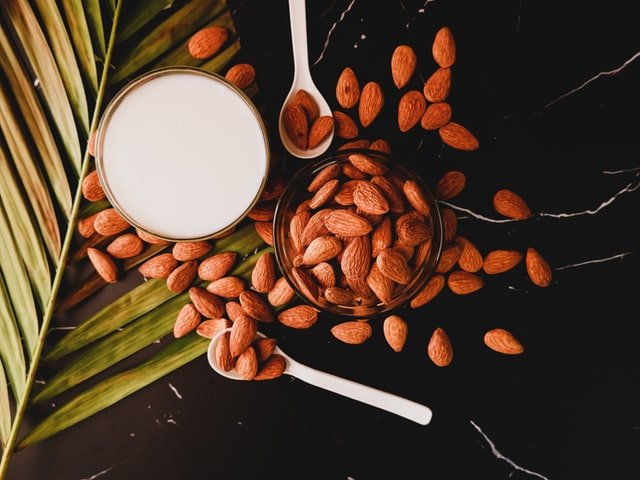 Is It Safe To Drink Coffee With Curdled Almond Milk?

A lot of people wonder, "can curdled almond milk make you sick?" and that's understandable since curdled dairy milk can definitely upset the digestive system. While it may not be pleasing to drink, consuming coffee with curdled almond milk won’t actually hurt you.

The reason curdled almond milk is safe to drink all comes back to its protein structure. Dairy milk releases bacteria and produces acids as it reaches its curdling point, and these bacteria can lead to stomach cramping, vomiting, or diarrhea.

When the protein structures of almond milk break down, on the other hand, drinking it is completely harmless. That’s because it doesn’t release the same bacteria that is released by curdling dairy milk. 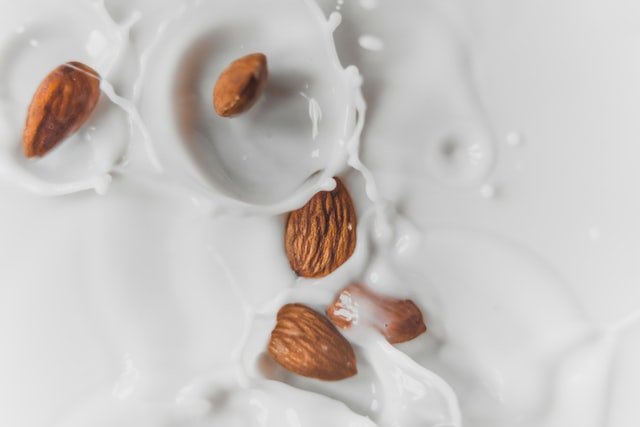 How To Prevent Almond Milk From Curdling In Your Coffee?

Yes, almond milk is prone to curdling, but the good news is that there are a few ways to prevent it - here’s what to do.

One of the main reasons that almond milk curdles is that it usually goes straight from the fridge into a cup of hot coffee. This vast difference in temperature - from cold to hot in a matter of seconds - causes the protein structures of the milk to break down faster, leaving you with curdled milk.

Just keep in mind that cold almond milk will always separate when it is added to a hot solution. The fix? Before adding almond milk to your coffee, slowly heat it so that the milk is about the same temperature as your hot coffee.

Acidity is another thing to keep in mind. Coffee is more acidic than almond milk, so just like temperature, combining the two can cause the milk to break down, separate, and curdle. The fix? Just try to choose coffee beans that aren’t as acidic, or take steps to lower the acidity in your coffee before adding almond milk to it.

There are some brands of almond milk out there that are designed to be mixed with coffee and other hot beverages. There are also almond milk creamers on the shelves of just about every grocery store, and these are perfect for coffee because they have a much lower chance of curdling.

So remember, not all almond milk products are created equal, especially if you plan on using the beverage in your morning brew. 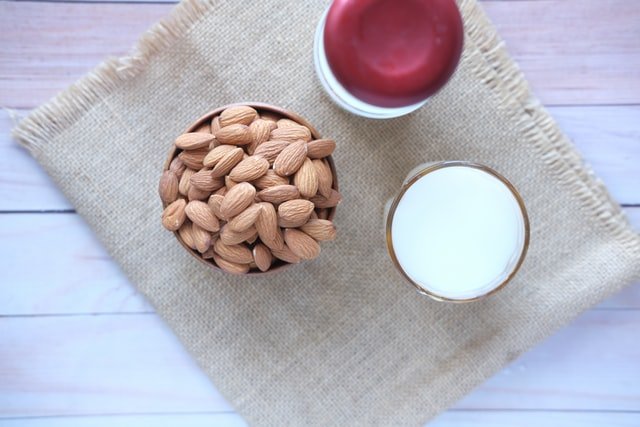 Can coffee with curdled almond milk be saved?

It’s very difficult to reverse the curdling process, and there’s not much you can do if your almond milk has separated. You can try reheating your coffee slowly, but the best route to take is to pour a fresh cup and use the tips provided above to prevent your almond milk from curdling.

Why does almond milk curdle in iced coffee?

You’d assume that pouring cold almond milk into cold coffee wouldn’t be a problem, but curdling can still happen. That’s because some iced coffees are highly acidic, and even though the temperatures may be balanced, the acidity breaks down the almond milk, causing it to separate and curdle.

Is it OK to boil almond milk?

It won’t make you sick, but boiling almond milk isn’t a smart move. Remember, almond milk is very different from dairy milk, and bringing your almond milk to a boil will break down the protein structures. Not only can this lead to curdling, but it can change the flavor profile of the almond milk as well.

Does regular milk curdle in coffee?

In some cases, the acidity in your coffee is just high enough to alter the pH of dairy milk. When that happens, the milk can start to curdle slightly. Usually, though, you don’t have to worry about curdled dairy milk in your coffee because it has much stronger protein structures compared to almond milk.

Almond milk is a wonderful alternative to regular milk, and not just for vegans or individuals with lactose intolerance. Even for people who aren’t dairy-free, almond milk can add a nutty flavor to coffee that’s just too delicious to pass up!

Of course, it comes with its downsides, primarily the fact that it curdles so easily in coffee. To stop the curdling (or at least slow it down), try to focus on balancing the temperatures and acidity levels of your almond milk and coffee before combining them.