Espressos are regarded as the true Italian coffee with a bold and distinctive flavor, but, unfortunately, espresso machines are really expensive.

This means you have to pay a lot more to have an espresso at home, and if you're on a tight budget, it's really difficult to justify the extra expense.

In this guide, we'll help explain why espresso coffee machines cost so much and help you decide whether it’s worth it.

Why Are Espresso Machines So Expensive? (Top Reasons)

It's important to understand that espresso isn't created by specific coffee beans or through a roasting technique; it's a complete method of preparation in itself.

It is coffee made uniquely, and the machinery needed for that is very specific. That's why you can't replace an espresso coffee maker with any old alternative and the reason you end up paying more.

Here are some of the specific reasons that espresso makers cost more:

The beauty of an espresso machine is the precision. The coffee makers control the brewing temperature and high pressure exactly, forcing the hot water through the ground coffee beans at the exact right point to create the perfect espresso.

This precision requires high-quality parts like a pressurestat which can cost hundreds of dollars on their own, and pushes the overall cost up.[1]

There is also a wide range of different attachments for these coffee machines which help with making espresso, but these increase the costs.

Espresso coffee makers, and the components, all tend to be made from stainless steel, which is an expensive material and contributes to the overall high cost of the device.

The upside is that espresso machines made with stainless steel and premium materials tend to be a lot more durable than regular coffee makers, and they can last up to 15 years.

The durability espresso machines have is what makes them a better long term investment, and helps to justify the cost.

They have to put a lot of time and effort into developing coffee makers that take on modern techniques.

The brand itself will impact the overall cost. Some good espresso machine manufacturers have a long history in the market and have developed a strong reputation.

With these brands you aren't just paying for the coffee maker, you're paying for the quality of the brand, and it's often what makes espresso machines so expensive.

Espressos continue to develop, and the coffee machines have evolved significantly since the first traditional espresso machines and stovetop espresso maker models.

Manufacturers continue to add new features alongside the internal components.

Some of the most popular modern features include:

Coffee dates back thousands of years, and there have been countless different brewing techniques throughout the ages. Coffee reached peak popularity in the 19th Century, but it was still taking over 5 minutes to brew a single cup.

Angelo Moriondo from Turin saw an opportunity to change this and began working on a new machine.[2]

In 1884 he released what is considered the first espresso machine, which changed coffee forever.

Espresso uses pressure in the brewing process. This gives espresso a unique taste and allows it to be made much more quickly and consistently. The Moriondo machine did change the game, but it was designed as a commercial machine rather than a domestic one.

It wasn’t until 1906 that a man named Desiderio Pavoni unveiled the first modern espresso machine with a new pressure valve which made it possible to create an espresso machine small enough for home use.[3] This model was hugely popular and dominated the market for over a decade.

Espresso coffee machines continued to develop and improve from this point, using electricity to replace the need for huge boilers to create pressurized steam.

The modern espresso machine was invented in 1961 by Ernesto Valente, who used 9 atmospheric bars of pressure in the brewing method and removed the need for manual force from the barista.[4]

These innovations allowed the machine to be scaled down, so even though it still used the same process, it was small enough to be used in the home. Valente’s company, FAEMA, started mass manufacturing of these espresso machines, and they still account for over 85% of the machines on the market.

Espresso coffee makers now have electronic displays and other modern features which make them easier to use, but the process remains the same: pressurized water is pushed through a heating coil until it reaches near boiling point, and then forced through coffee grounds and a filter to produce a thick, concentrated espresso coffee.

At the heart of a good home espresso machine is consistency, and they use the same temperature and pressure to create the same concentrated coffee every time. This makes an espresso machine perfect for those who love coffee and want the bold, distinctive taste of espresso in every cup. 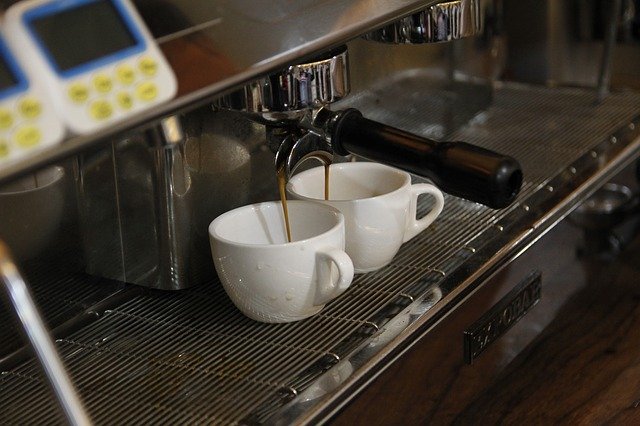 How Much Are Espresso Machines? (Price Guide)

The cost of espresso makers varies massively depending on the mechanism, features, and brand.

It's always tempting to save money and just buy something like a basic Moka pot or AeroPress coffee maker for $25. These work in a similar way to espresso makers, using hot water, ground coffee, and high pressure to create something similar to espresso shots. However, this is NOT real espresso.

Unfortunately, cheaper coffee machines in this price bracket tend to be the least durable and won’t last as long as more expensive models.

Baristas who have a bit more experience may benefit from a slightly more advanced espresso machine which will typically cost $400-$700. These are not affordable espresso machines for your average amateur coffee maker, but they have a better build quality and more settings and features. They often have a built-in steam wand and milk frother to steam milk with.

These good quality espresso machine models allow you to customize your coffee much more than cheap machines, and get your coffee just how you like it.

They also tend to be more durable than cheap espresso machines. Most home baristas are best with these mid-range models as they offer a good balance of features and longevity that make them good value for money.

Larger, more advanced espresso machines can cost anywhere between $1000-$20,000. Very few people can afford the most expensive espresso machine models to use at home (even though they would make great espresso).

These best quality coffee machines are only generally used in commercial settings like coffee shops because they’re too big and bulky for home use. 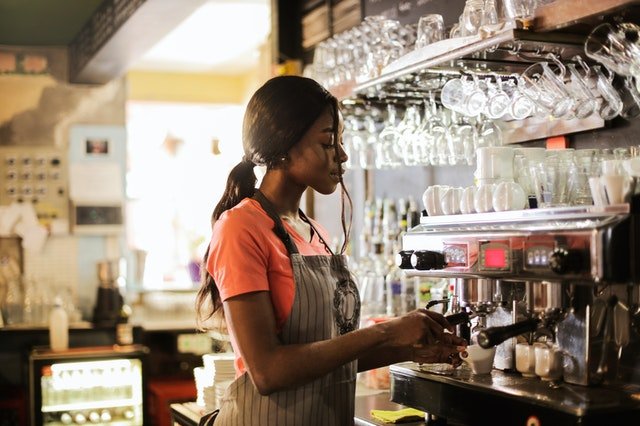 Is Getting A Home Espresso Machine Worth It?

Having an espresso machine in your home gives you complete control over the brewing process and ensures you have a consistently better-tasting coffee. They also allow you to show off your barista flair and develop your strong coffee making skills in the comfort of your own home.

The big disadvantage of espresso machines is the cost. It is a lot more expensive to make coffee using an espresso coffee machine, and because there are so many cheap home solutions (like AeroPress), it can be challenging to justify the expense.

However, it’s a good idea to consider how much you’re spending on coffee shop coffees a month and how much you could potentially save by having your own machine, because it’s probably more than you think.

If you love espresso and you’re passionate about coffee, then it's worth getting an espresso machine. If not, then you're probably better with a regular coffee maker.

If you do decide you want an espresso machine, you should always look for a good quality, durable model because this will last longer and makes it a more cost-effective long-term solution.

Why are espresso machines so big in size?

Espresso machines are large because they need space to evaporate water and create the steam used to control the internal pressure required in the brewing process. Technological advances have helped improve this, and modern home espresso machines are getting smaller and smaller.

How long will an espresso machine last?

How much do Starbucks espresso machines cost?

Starbucks has specially designed espresso machines that are quick and easy to use. Almost all stores currently use the Mastrena High Performance Espresso machine, which costs around $18,000.

No, Starbucks doesn't produce espresso machines themselves and therefore doesn't sell them.

Espresso machines are more expensive because they use high quality materials and more advanced brewing techniques. This means they will cost you a lot more, but they give you consistently good espressos and offer some long-term value for money.