In most coffee shops, one of the most common drinks you’ll find is French vanilla coffee. The sweet, rich, and creamy flavor of this drink makes it a popular choice among many coffee lovers.

But even though it’s a famous beverage, not a lot of people know what exactly it is. Is it just vanilla-flavored coffee? Or does it have other ingredients in it?

In this article, we will discuss what is in French vanilla coffee, how to make it at home, how it differs from other coffee drinks, how popular coffee chains make it, and related questions about this drink.

So, what is French vanilla coffee? Let’s get started!

Do you ever wonder if French vanilla coffee is made in France? After all, the name implies it, right? Unfortunately, you're incorrect.

This beverage did not originate from France, and there's nothing French about the flavor at all. So, where did its name come from and why is it called French vanilla?

The term “French” comes from a style of preparation that was famous in the 50s and 60s in commercial ice cream branding. Unlike regular ice cream, the French way of the preparation contains egg yolks as its base, added in the milk or pouring cream.

The French vanilla coffee doesn’t follow the same preparation as the ice cream version. However, it is used to describe the flavor of the coffee drink. So, when you order a French vanilla cappuccino or French vanilla iced coffee, they don’t have egg yolks in them. Instead, it contains a flavoring that resembles the French way of making vanilla ice cream.

The French vanilla flavor in your favorite coffee drink comes in various forms. Most of the time, it’s added as French vanilla syrup, especially in coffee shops. You can also buy French vanilla creamer if you want your regular black coffee to have a unique flavor.

This means you don't need to think about ordering vanilla beans in France to get the aroma, sweet flavor, and creamy taste of French vanilla coffee.

Another thing that you may notice as a coffee lover is that some beans are sold as French vanilla-flavored coffees. During the roasting process, a certain amount of Vanillin (synthetic vanilla flavor) or vanilla extract is added to the beans to achieve the vanilla aftertaste from the coffee.

This coffee roast is sold not only as beans but also as ground coffee, coffee pods, or added in premixed coffee powders. They are also sold in different types of roast, including lighter roast and medium roast. 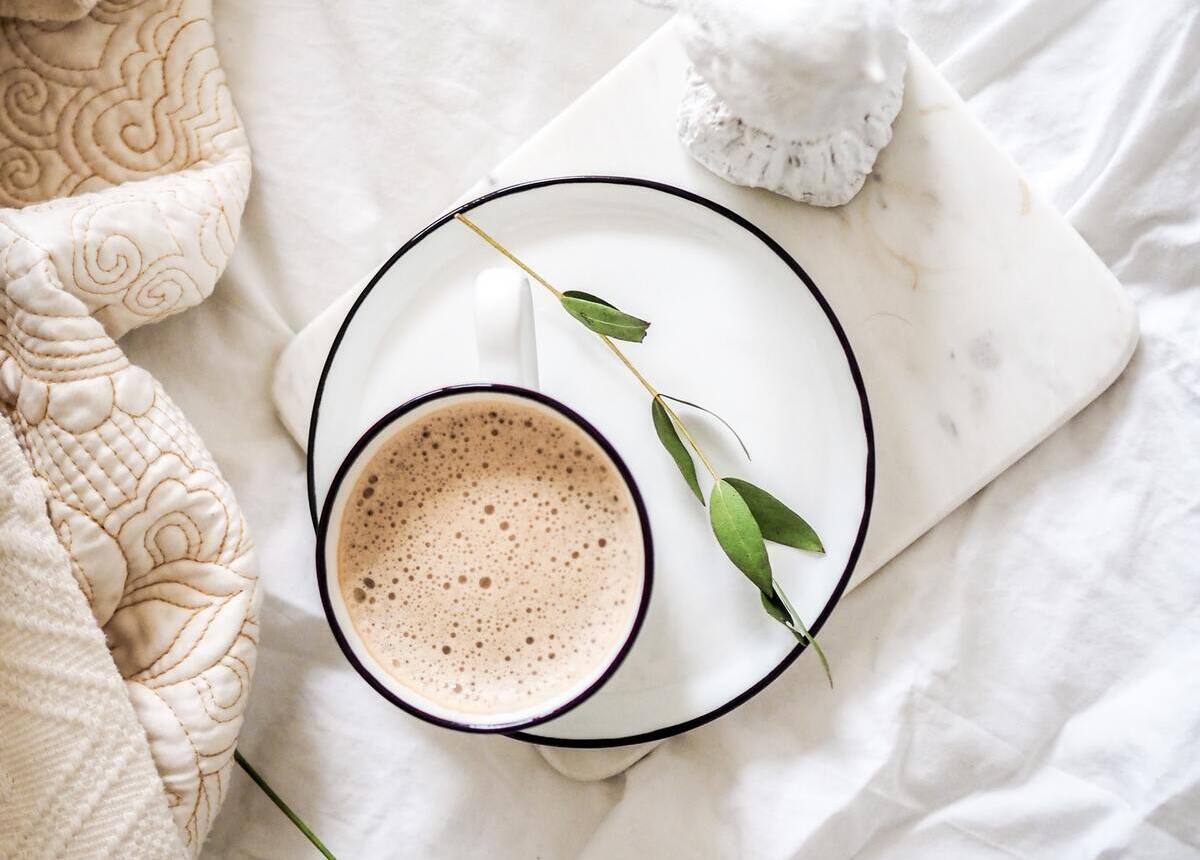 How To Make French Vanilla Coffee: Home Recipes To Try!

Are you tired of your normal coffee? One way to level up your favorite drink is to add French vanilla flavoring to it. But how can you make the perfect cup? Here’s how!

There are many ways you can add French vanilla flavoring to your coffee, and the ingredients may vary depending on what’s available. But don’t worry! We’ll cover everything so you can easily choose which recipe works for you.

Since there are many ways to add French vanilla flavor to your coffee, we will discuss each

All you have to do is prepare a coffee and add the creamer. You can add sugar if you like it sweeter, but in most brands, the creamer is enough to produce a sweet taste.

If you have a vanilla extract lying around at home, you can put a tiny amount on your brewed coffee. Be careful not to add too much. The vanilla taste can be overpowering and may ruin the overall flavor of your coffee.

Simply brew your coffee and enjoy. If you like your coffee sweet and creamy, you can add milk and sugar.

Pro tip: Use condensed milk instead of regular milk and sugar; experience a creamier taste with a hint of sweetness.

You can use vanilla syrup as a replacement for sugar in your coffee.

If you have a Keurig coffee maker, the company sells k cups that are French Vanilla flavored.

A regular black coffee tastes bitter and has a strong aroma. Its taste can easily be altered with different ingredients, depending on your preference.

Several factors can also affect its taste, including the origin of the coffee bean, how it was roasted and brewed, which store the beans were bought from, and, of course, the quality of the beans.

A French vanilla coffee has a much fruitier and sweeter taste than regular coffee. While the richness of the coffee flavor is still there, it has a vanilla aftertaste that many people enjoy. In the US, most coffee shops use medium roast for this drink, but some brew it with a lighter roast.

Lastly, a French vanilla cappuccino has a milky and sweet flavor. There's no doubt that coffee lovers who enjoy sweeter drinks will find this drink delicious. The combination of vanilla syrup and milk creates creamy, rich goodness that almost tastes like a desert. This drink is similar to a latte but has a creamier taste.

These three coffees look similar, so it's quite easy to interchange them, judging by appearance alone. All kinds of coffee, flavored or not, look the same when brewed. The only difference that's pretty obvious is the creamy layer on the french vanilla cappuccino.

A normal coffee contains around 95-200 mg of caffeine for an 8oz serving, depending on the type of beans, roast, and brand. However, instant coffees can go as low as 55 mg with the same portion. 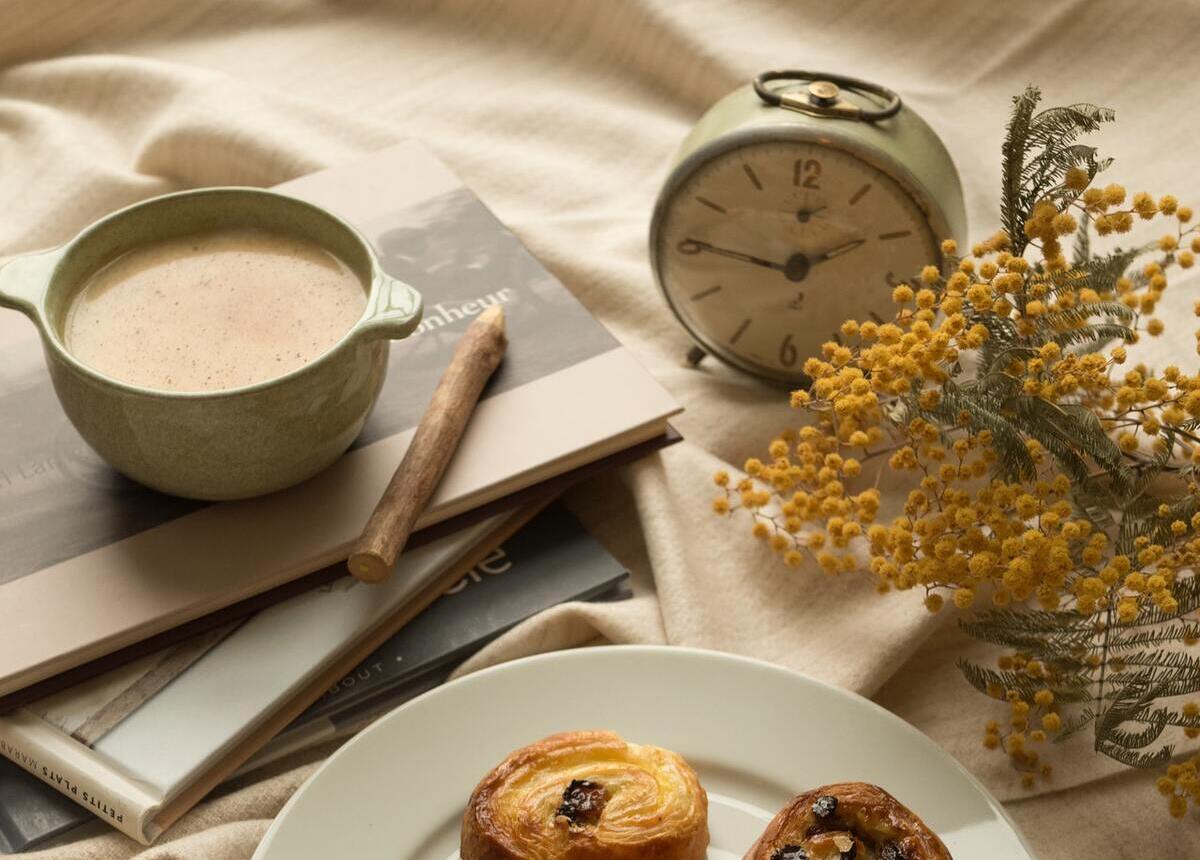 Many popular coffee chains offer French vanilla coffee on their menu. But how do they make this drink? Let’s see:

A cup of French vanilla coffee at McDonald’s uses a French vanilla syrup. This makes it easy for people who love this drink to create a version of their drink at home.

The Dunkin French vanilla iced coffee is made with French vanilla coffee beans or vanilla syrup, depending on where you get the cup. If you love this Dunkin Donuts coffee, you can purchase their French vanilla beans to make one for yourself at home.

If you love the Tim Hortons version, you’re lucky because they sell this cup in powdered form. This makes it easy for you to enjoy and have Tim Hortons French vanilla coffee at home.

What are French vanilla coffee beans?

How much sugar is in French vanilla coffee creamer?

The Coffee-mate French Vanilla Liquid Creamer has 3 grams of sugar per serving.

This depends on the brand of French vanilla you buy. But if you're just buying French vanilla coffee beans, it is keto since it doesn’t have sugar, carbs, artificial sweeteners, and highly refined oils.

Unfortunately, it's not. Coffee-Mate has a range of vegan creamers, but they still don't offer French vanilla flavored ones.

French vanilla coffee may not come directly from France, but that doesn’t make it a lesser quality coffee. If you want to have one at home, many brands sell pre-packed ones like Tim Hortons or flavored beans like Dunkin Donuts.

If you love making your own coffee, getting a vanilla syrup or extract will go a long way in making this excellent drink.