At some point in our lives, we’ve all been to Starbucks. This popular coffee shop is everywhere, with 33,833 stores worldwide.[1] No wonder everyone knows about this cafe.

One of their popular drinks is the Java Chip Frappuccino, and we're pretty sure you're curious about what java chips are.

Well, we have the answer for you! In this article, we will answer the question "what are java chips?" discuss their use, and list popular drinks in Starbucks that serve this ingredient.

Java chips are usually considered as some type of chocolate chip and resemble cacao nibs or coffee nibs.

However, some argue that they are not. So, what are java chips? To help you understand this ingredient better, we will answer some common questions about it.

These will give you an idea of what they are and how they differ from the chocolates we know. 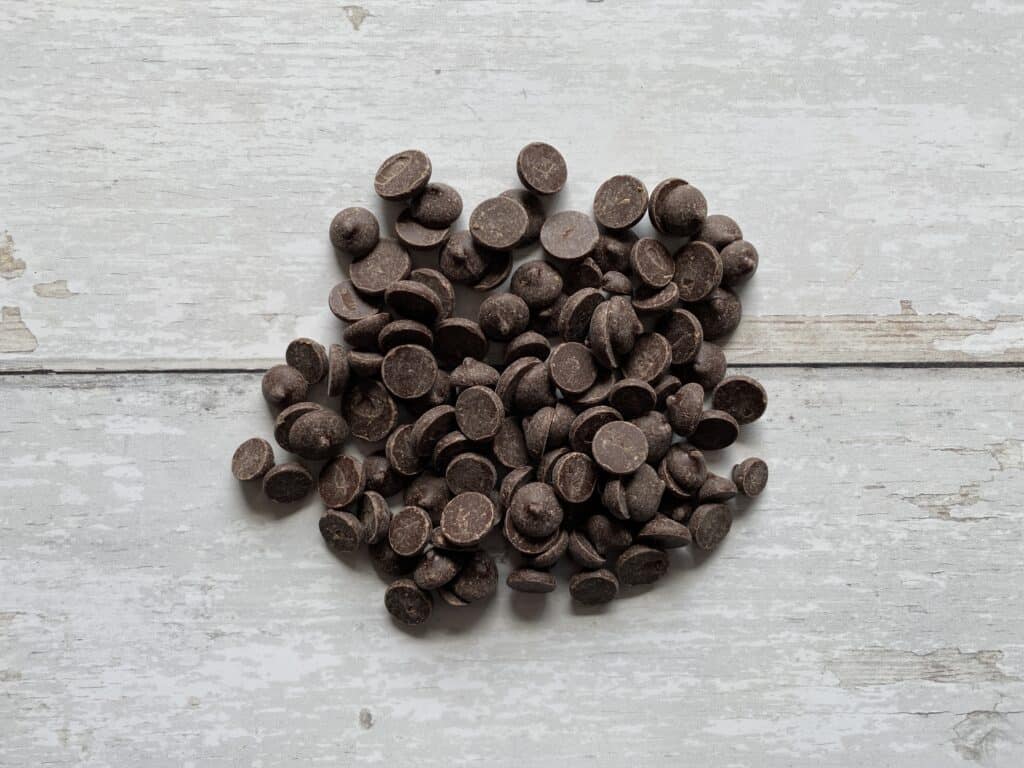 Are Java Chips The Same As Chocolate Chips?

There's no doubt that java chips look and taste like chocolate chips, so that makes them the same, right? Those aren't the factors that make something chocolate.

So, let's ask the standard of our trusted institution--the Food and Drug Administration.

Other coffee shops or java chip manufacturers may have more cocoa content in their versions, which can be called chocolate chips.

Apart from the cocoa percentage, java chips and chocolate chips also differ in their usage.

Java chips are often added to blended drinks, like Frappuccino, as they can melt and blend easier compared to regular chocolate chips.

Since java chips can melt faster than chocolate, they are perfect for adding to drinks like coffee, which can enhance the coffee flavor.

On the other hand, solid chocolate chips are often added in various recipes or eaten as is. For example, you can add them to a batter to create a chocolate cookie or added in a chocolate bar.

You can also try to consume java chips by themselves, but they wouldn't taste like the chocolate you're used to. They're still sweet, but the chocolatey goodness isn't enough.

In most cases, java chips taste like chocolate, but they lack the "chocolatey" flavor since they don't have high cocoa content.

Some people may confuse java chips as coffee flavored since java is another term for coffee. However, that isn't the case, and this ingredient doesn't contain any coffee flavor.

Generally, when java chips are added to coffee drinks, it produces a chocolate flavor that can complement the strong flavor of the coffee.

This makes it easier for those with a sweet tooth to consume strong coffee without the intense, bitter taste.

What Ingredients Are Found In Java Chips?

So, what are java chips made of? Well, there are different variations depending on the brand. But java chips at Starbucks are made with five major ingredients:

Chocolates can be vegan, especially if made with plant-based ingredients.

However, some manufacturers use other animal-based ingredients like milk that can make java chips not vegan and dairy-free.

It's best to ask your barista if the java chips they use are vegan. Otherwise, buy java chips from vegan chocolate brands.

Pure, unsweetened chocolate is considered gluten-free. This is because pure chocolate is made by liquefying roasted cacao beans.

Gluten is a protein found in various grains like wheat, barley, and rye. However, some manufacturers may use ingredients with gluten in their java chips.

What Are Java Chips Used For?

Java chips are named after coffee, for obvious reasons--as an ingredient blended with coffee drinks. They make coffee drinks sweeter and more chocolatey.

Thanks to their composition, they mix well with any drink. Below we discuss in detail what java chips are used for:

This is the most popular way to use java chips. In fact, Starbucks named a drink after it called Java Chip Frappuccino.

They also use java chips with other blended drinks, which usually contain ice, coffee, milk, and syrup, to create a dessert-like drink that can satisfy any sweet tooth's craving.

The blended drink is usually topped with whipped cream and some more java chips for decoration. 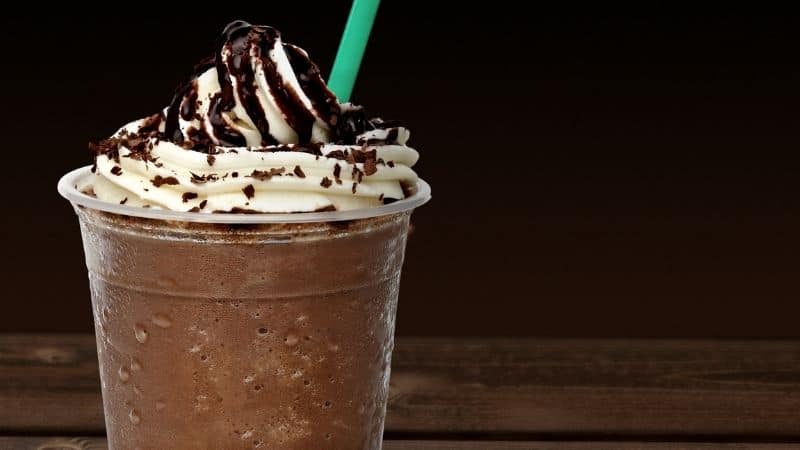 Apart from blending java chips with coffee, you can also use them for baking as a substitute for regular chocolate chips.

They can be used with different baked goods such as brownies, cakes, and cookies.

One important thing to note is that they don't give as much chocolate flavor as chocolate chips. So, only use them if you really don't have anything else to use.

Still, if you want to add more chocolate to your pastry without the chocolatey taste overpowering the whole thing, mixing java chips with regular chips can do the trick.

On Their Own Or With Ice Cream

The only downside of eating java chips as they are is that they aren't as flavorful as real chocolate chips.

However, some people dig that, so there's no problem. At the same time, you can also add them to some ice cream if there are no chocolate chips at home.

Just don't expect too much, or you might be disappointed.

Java Chip Vs Frappuccino Chips: Are They The Same?

The short answer is yes; they are the same. Starbucks trademarked the word 'Frappuccino,' which is why it's the only company that uses this word on the menu.

So, to make things more interesting, they used this trademarked term to rename java chips to Frappuccino chips.

The Starbucks Frappuccino chips are mainly for marketing purposes, so don't be confused if you see that term instead of java chips.

If you're not aware that Starbucks has other drinks that contain java chips, you're not alone. But that doesn't mean you have to live this way!

We are here to help. We've looked at other coffee drinks with Frappucino chips to satisfy your chocolate cravings. Here are some of them: 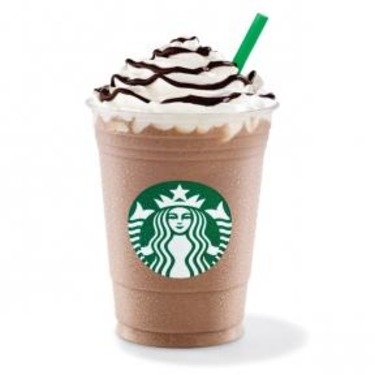 Of course, the most popular Frappuccino drink is the Starbucks Java Chip Frappuccino.

As the name implies, its main ingredient is java chips.

This is made by blending espresso, mocha sauce, milk, and java chips.

This blended drink is topped with whipped cream and more mocha sauce.

Think of it as a cookie and cream milkshake with a little bit of caffeine for your coffee fix.

If you want a caffeine-free version of the Java Chip Frappuccino, the Chocolaty Chip Crème Frappuccino is the one for you.

Its base syrup is a mocha sauce blended with java chips and milk and then topped with whipped cream and more mocha sauce.

This drink is perfect if you already have a lot of coffee and just want something chocolatey to drink at Starbucks. It's also perfect for kids.

If you want something to warm you up, the Molten Hot Chocolate is an excellent choice. It is made with mocha sauce and java chips, melted into steaming hot milk for a smooth and creamy taste.

To top it off, mocha and espresso-infused whipped cream and mocha drizzle is added to the drink.

This seasonal drink is perfect for those who love nutty and chocolate flavors. The Peanut Butter Frappe closely resembles the taste of Reese's peanut butter cup--very nostalgic!

It's made with peanut butter flavored sauce and java chips and topped with whipped cream. It is blended with more chocolate sauce for extra sweetness and richness.

The best part? The peanut butter sauce is made with sunflower seeds, so it's allergen-free!

S'mores is an excellent camping dessert; if you're craving it, you don't need to go camping anymore. A quick trip to Starbucks can satisfy this craving.

The S'mores Frappe is made by blending cold brew, ice, milk, and java chips. To make it taste like the real deal, it is topped with graham cracker crumbs, toasted marshmallows, and mini chips.

Another drink for chocolate lovers is the Chocolate Cookie Crumble Frappe.

It is then topped with more cookie crumbs and whipped cream. It's a must-try dessert drink!

How To Make A Java Chip Frappuccino With Chocolate Chips

If you want to recreate this drink at home, follow our recipe below: 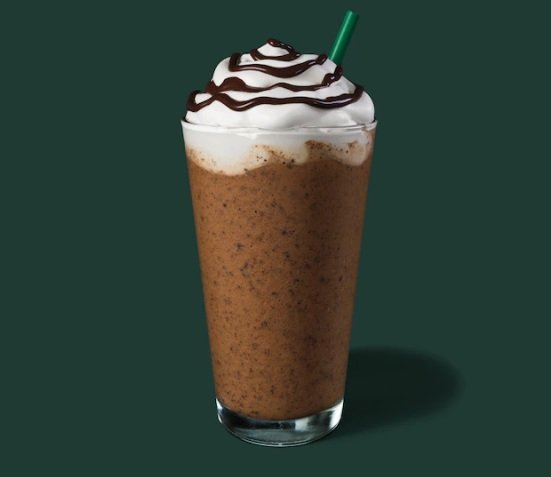 Are there any java chip substitutes?

Yes, there are. If you’re just looking for something to substitute the chocolate flavor of java chips, chocolate syrup and cocoa powder can do the trick.

But if you need something crunchy and sweet, semi-sweet chocolate chips and bar chocolate are great alternatives.

Do java chips have caffeine?

No. While its name may imply it, java chips aren't made with coffee. Instead, the main ingredient is chocolate.

There are many ways you can enjoy java chips and not just as a blended drink. Now that you know what they are, you can incorporate them into your recipes.

Just remember, they may not be as chocolatey as normal chocolate chips, so be careful when using them in recipes that call for a lot of chocolate.

Otherwise, you can use them as toppings on ice cream or eat them as is.