If you're a fan of coffee - especially lattes, it's likely you've always wondered about the differences between a skinny latte vs. latte.

Perhaps you've been curious about the calorie count differences or how it affects the flavor and taste of your latte. In this guide, we’ll provide you with everything you need to know about the differences between the two and more.

The production process for a latte and skinny latte is generally the same. They're both traditionally made with two ounces of espresso and around eight or nine ounces of steamed milk. Typically, they're also topped with a small amount of foamed milk. Depending on the latte that you order, some will also have the addition of syrups or sweeteners.

The main difference between the two, however, is the type of milk used. While regular lattes use whole milk, skinny lattes use either skim milk or alternative milks such as almond milk, oat milk, and soy milk. With the syrups, skinny lattes also usually have syrups that have no added sugars or calories.

There are significant differences in flavors between the two. Since a regular latte is made with whole milk, you'll get that milky, rich flavor that most individuals love. Whole milk also creates this velvety texture that lingers in your mouth. Lattes are overall well-balanced and have a lovely smooth espresso flavor to them.

On the other hand, skinny lattes typically don't have as much creaminess to them. As they are usually made with skim milk, they don't have the same fat content as regular milk and hence, lack that rich flavor.

The caffeine content of both a skinny latte and latte is essentially the same. Like a regular latte, a skinny latte can have one, two, or three espresso shots depending on the size of the drink.

It is then topped up with steamed milk (whole milk for a latte and skim or alternative milk for a skinny latte) followed by a little bit of milk foam.

Interestingly, due to the differences in the type of milk that’s being used, the amount of foam produced will also differ. It's a lot more challenging to make foam with skinny lattes - especially those that use alternative milk such as almond, soy, and oat.

Additional time needs to be spent in aerating the liquid, and there's a little more technique required to make the perfect foam. With regular lattes, on the other hand, it's much easier to make the foam - just as long as you've got the proper technique.

When it comes to calories, skinny lattes have fewer calories in comparison to regular lattes that use whole milk.

Regular lattes typically have a relatively high fat content as they are made with whole milk. If you need to limit your consumption of fats and sugars, a skinny latte is a better choice for you than a regular latte. You'll also need to be careful of sugar-based syrups. Just the addition of syrups alone can add as many as 100 extra calories (or more!) to your regular latte.

While skinny lattes are better for you, it's important that you're also not consuming too many skinny lattes. There’s still a good amount of caffeine in it, so you shouldn’t be drinking more than four 8 ounce cups of coffee.

When it comes to the cost of a latte versus a skinny latte in cafes, regular lattes are typically cheaper than skinny lattes. It does, however, also depend on the type of milk that you plan on using. Alternative milks such as oat milk and almond milk are typically pricier than low-fat milk.

When it comes to making a latte versus a skinny latte, there's also a bit more effort required in making a skinny latte. As mentioned earlier, it's harder to make foam with alternative milks due to their minimal fat content. 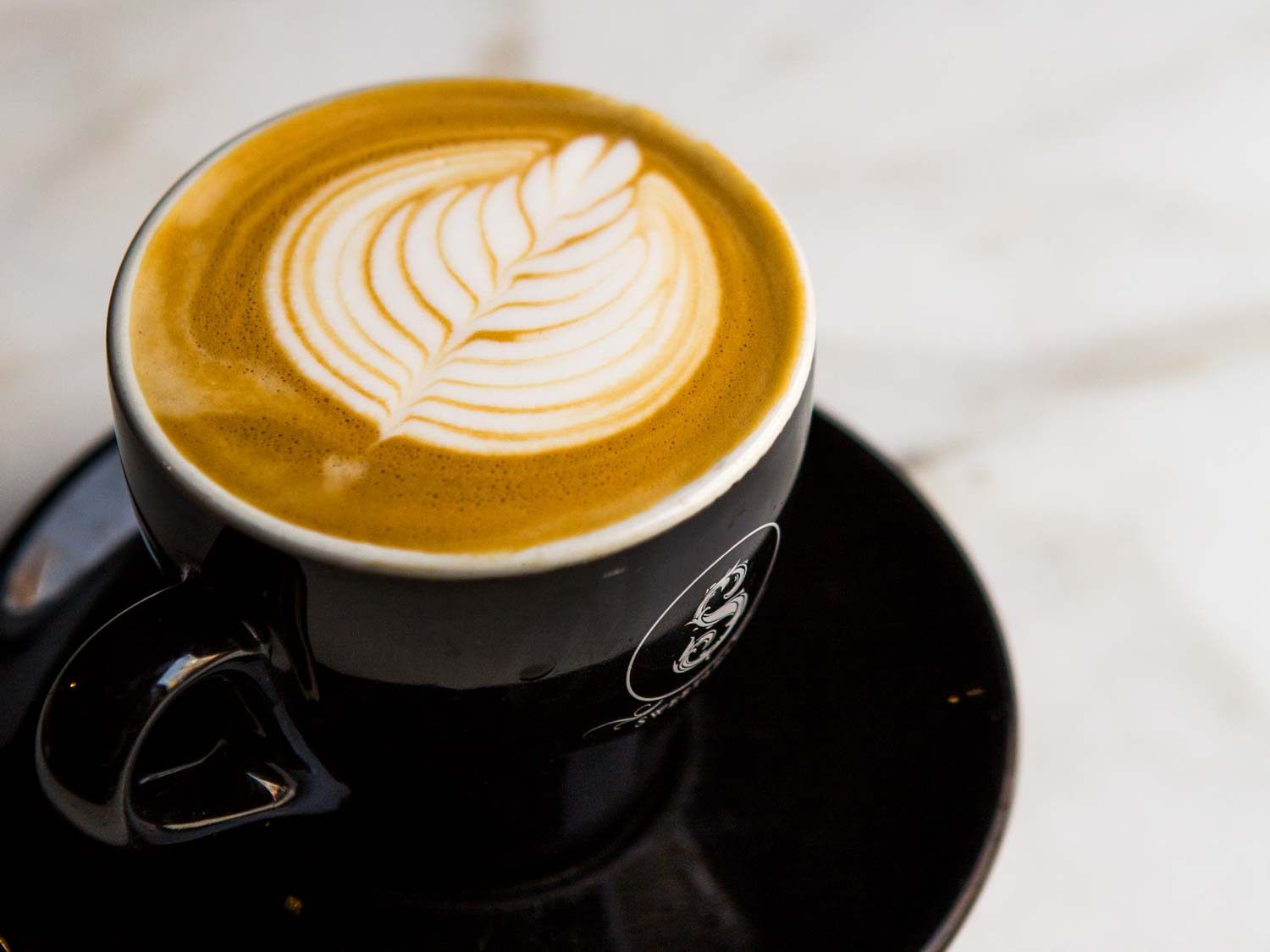 Skinny lattes have a lighter milk flavor and texture to them. Depending on the milk you use, skinny lattes could also take on the flavors of the milk. Oat milk skinny lattes, for example, have an earthy flavor.

If you like lattes but are currently watching your calorie and fat intake, skinny lattes are a great option. It's also a good option if you prefer coffee with a more robust flavor to it and are not picky about the froth at the top. 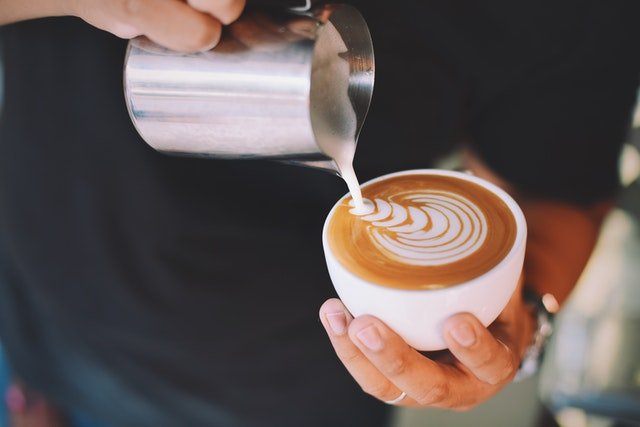 Regular lattes, on the other hand, are made with whole milk. Depending on the drink, some of them also come with sugar-based syrups for flavoring. If you're someone that likes drinks that have a milky, rich flavor to them, lattes would be your preferred drink of choice.

Not only does whole milk create a velvety foam that lingers while you drink, but it also complements the espresso. At coffee shops, lattes are commonly prepared with espresso, steamed milk, and milk foam. 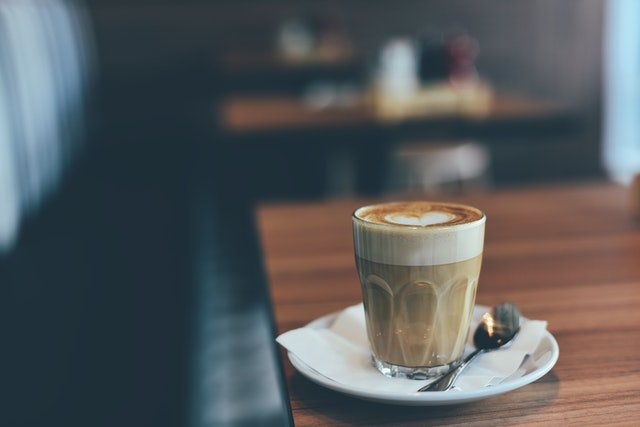 How To Make A Skinny Latte At Home?

How many calories are there in Starbuck’s skinny latte?

It depends on the size that you get, but a short Starbucks skinny latte has 60 calories, a tall one has 102 calories, a grande has 128 calories, and a venti has 168 calories.

How many calories are there in McDonald's skinny latte?

McDonald’s has 80 calories in their skinny latte. Their skinny lattes are made from espresso and nonfat milk, along with your choice of sugar-free French vanilla syrups and more.

How many carbs are there in skinny lattes?

It depends on the type of milk that you choose, but skinny lattes generally come with about three grams of carbs.

What is a low-calorie latte?

A low-calorie latte can either be a skinny latte (one that's made with low fat or nonfat milk), or you can consider getting a piccolo latte. A piccolo latte is essentially a mini version of a latte with fewer calories.

If you're someone that enjoys a more robust coffee flavor and want to enjoy a latte with less calories, it's likely that you'll enjoy a skinny latte. On the other hand, if you prefer a milky, velvety flavor, a latte would be a better option.