There are a plethora of coffee drinks all around the world and an excessive number of options to choose from. Two coffee drinks that have garnered a significant amount of popularity are mocha and latte drinks.

While there are distinct differences between the two, there are also a surprising number of similarities. In this guide, we’ll discuss what's the difference between a mocha and a latte, dive into their origins, answer frequently asked questions, and more.

What Is A Mocha?

Both coffee and chocolate have plenty in common – they are both sought after for their beans and are roasted for flavor. The mocha coffee drink is made with both these ingredients, specifically a double shot of espresso, chocolate (shavings, syrup, etc.), and steamed milk).

The type of chocolate used in a mocha coffee drink will differ between cafes, and it can also come with a wide variety of toppings, from whipped cream to marshmallows and more. A delicious cup of mocha will always have a balanced flavor and isn’t overly sweet or bitter. This is typically achieved by ensuring that the final drink has the right amount of ingredient ratios.

While the word “mocha” is now associated with a coffee beverage, the word actually comes from a location – the city of al-Makha or Mocha situated in Yemen. This city used to be the world's major coffee marketplace in the 15th to early 18th century.

Now, the mocha coffee drink is known as a drink that appeals to individuals who aren’t fans of a strong coffee taste but still want a caffeine kick. Since mocha also has chocolate in it, it’s easier to drink than most other coffee drinks and is also perfect for the winter. 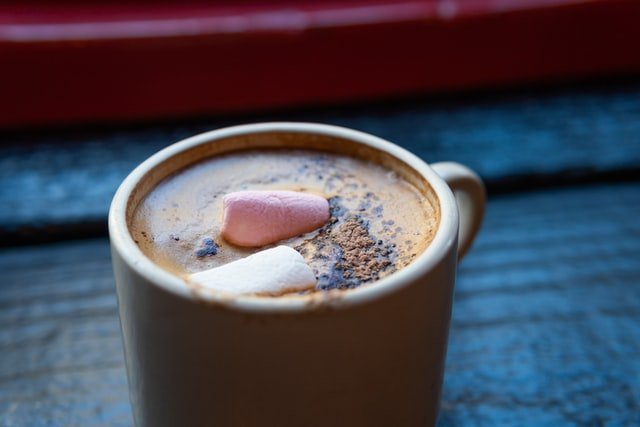 What Is A Latte?

A latte is a coffee-based drink that’s made from espresso and steamed milk. In terms of proportions, it’s typically made of ⅓ espresso, ⅔ heated milk, and about 1cm of it is foam. Sometimes, baristas also create images or characters with the foam.

Interestingly, if you were to order a latte in Italy, you’d get milk instead of a regular coffee-based drink. Outside of Italy, lattes usually come with a standard shot of espresso along with steamed milk and a layer of foamed milk – depending on the country that you reside in, there can sometimes be variations. 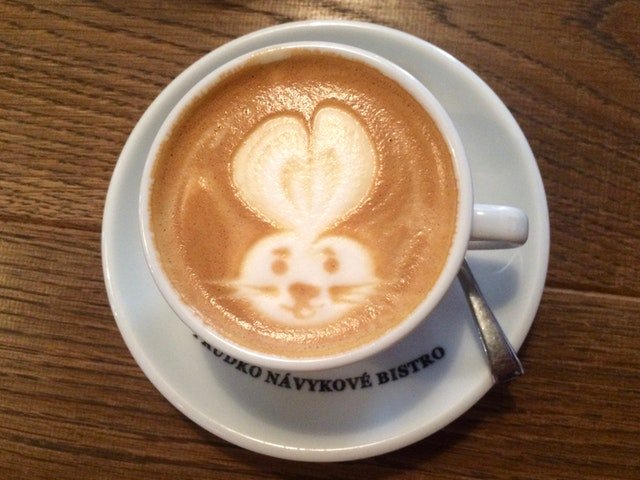 The term ‘cafe latte’ was first used in English in 1867 in an essay written by Willian Dean Howells. The drink itself, however, was believed to have been invented in the 1950s in Berkeley, California.

Cafe Lattes are commonly drunk by those that want a coffee that isn’t overly strong and has a milky finish. As a coffee drink, lattes are quite palatable, and you can easily switch out the type of milk that's being used in your drink or even request to add a touch of additional milk to your latte.

If you’ve always wondered what’s the difference between a latte and a mocha coffee drink, the table below will provide you with a great overview.

Difference between latte and mocha

Looking to make a mocha and latte coffee drink at home? Below are two recipes, along with some tips to get you started.

Which is stronger: latte or mocha?

Interestingly, mocha actually has more caffeine than a latte! A mocha coffee drink has about 85 mg of caffeine, while a latte has an average of 80mg.

Is a mocha sweeter than a latte?

When it comes to the sweetness level of cafe mocha vs. latte, a mocha is definitely sweeter as it contains chocolate in it. In some instances (such as vanilla or caramel lattes), lattes can be equally, if not sweeter, than mocha.

Which is the best coffee for non-coffee drinkers, latte or mocha?

If you're someone that isn't a fan of the bitterness of coffee, mocha is a great drink to start with as it's a lot more palatable.

Are lattes healthier than mochas?

Generally speaking, lattes are healthier than mochas as they don’t have as much sugar. It is, however, highly dependent on the latte that you’re drinking. Vanilla lattes and other sugary lattes such as the Starbucks Brown Sugar Shortbread Latte come packed with sugar.

Is a mocha just a latte with chocolate?

No, it isn’t. They’re actually very different drinks. While they both contain milk and caffeine, the flavors between the two and the percentage of caffeine differ.

Whether you’re new to coffee or are an avid coffee drinker, you should give these two coffee drinks a shot. After you’ve tasted both a mocha and a latte, you’ll have a better understanding of the stark differences between the two and how they cater to different individuals.