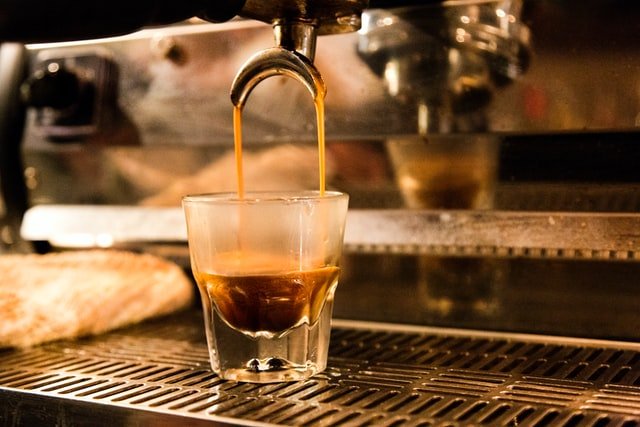 Macchiato and cortado coffees are both short drinks made with espresso and milk, so what's the difference?

Both of these drinks are perfect for those who find espresso too bitter, but it can be difficult to choose between them because the two options are so similar.

Well don't worry, because this guide will explain the main difference between a cortado vs macchiato, and help you make the right choice.

Cortado Vs Macchiato: How They Compare

The biggest difference between a cortado vs macchiato is the type of milk used, but let's take a closer look at both of these coffee drinks:

Macchiato and cortado are both made with an espresso shot, and warm milk, but one of the key differences between them is whether you use foamed or steamed milk.

A macchiato is made with espresso and foamed milk. This frothed milk layer is used instead of steamed milk and gives a silky texture which disguises the strength of the espresso shot.

An authentic cortado is made with espresso and an equal amount of steamed milk. There's usually two shots of espresso as a base, but it can vary depending on where you order from. This makes the drink stronger, and smoother.

Caffeine is a key consideration for most of us when choosing an espresso coffee drink because we want to know what kind of buzz we'll get.

A traditional cortado has 120-150mg of caffeine from the double espresso shot. The frothy milk can sometimes disguise the espresso coffee in a cortado, but it is a strong drink.

If you like a big energy kick and choosing between a macchiato or cortado, then a cortado is definitely the one for you.

Given the similarities in the two coffee recipes you might be surprised to know that the two brews taste quite different.

A macchiato tastes slightly bitter like an espresso, but with some sweetness from the milk.

A cortado has a slightly sweeter taste because the steamed milk reduces the acidity of the espresso shots.

If you enjoy an espresso you'll like either drink, but when it comes to macchiato vs cortado, a cortado is easier on the pallet because of the espresso to milk ratio.

Most espresso drinks sold in coffee shops have a surprising number of calories. However, this largely comes from the milk and sugar used in the coffee recipes - so it's less of a problem with these drinks.

If you're on a diet then you can't go wrong with a macchiato or cortado because both of these are low calorie options. They both contain far fewer calories than other caffès like lattes, cappuccinos, or even flat whites - especially if they're made using sweetened condensed milk.

You can also reduce the calories further by using a non-fat milk, or switching to almond or oat milk.

Macchiatos and cortados, like any good espresso drinks, can be customised with extra ingredients.

You can also add sugar (or sweetener), add more milk, or even swap to a dairy-free milk alternative to make the drinks vegan.

There's a lot of ways to customise both of these two drinks, but when it comes to cortado vs macchiato variations, you definitely have more options with a cortado.

If you don't have an espresso machine at home you're probably going to be spending money in a coffee shop to get either of these two drinks.

A macchiato will typically cost $2.50-$4, and a cortado will cost $3.50-$4.50. The cortado is slightly more expensive because it contains two espresso shots. Just remember that if you switch out the foamed milk and add in flavored syrups then you should expect to pay a bit more.

They aren't expensive coffees, but the cost can quickly add up. If you're having coffee every day it may be worth investing in a stovetop espresso maker to bring your coffee shop spending down.

Wanting A Cheap Option From Starbucks? Check Out Our Guide!

Macchiato Vs Cortado: How Are They Made?

A Macchiato is an Italian espresso-based coffee drink made with a tiny bit of hot milk. Macchiato translates to "stained" or "marked" , and it's called a Macchiato because the espresso literally stains the color of the small amount of milk on top.

To make a macchiato:

The name "cortado" is derived from the verb "cortar," which means "to cut" in Spanish.

A cortado is equal parts espresso and steamed milk, which give it a creamy texture and a bit of sweetness. It's also important to note that a cortado is made by steaming the milk, not by frothing milk.

To prepare a cortado:

A cortado is a coffee with character. Its smooth, full-bodied flavor has a gentle kick of espresso and a creamy finish. You'll enjoy the strong, rich, and bold character of this drink. It's available in many different variations, but its main ingredient is always espresso.

A key ingredient of a cortado is steamed milk. The amount of steamed milk, and the ratio of steamed milk to espresso depends on the barista and each region but it's typically equal parts milk and espresso.

The cortado is a great latte alternative because it doesn't have the strong flavor or rich aromas of espresso. Its other distinctive feature is its lack of foam, but it uses steamed milk to make a big difference to the flavor.

The milk cuts through the espresso and blend together to give a smoother texture. Coffee lovers love this drink due to its rich and creamy pronounced coffee taste.

The espresso macchiato is a creamy, milky espresso drink that's more flavorful than a regular espresso. A small amount of foamed milk is blended together with a lot of strong coffee for a stronger and more rich drink. Rather than thinking of ratios, it's easier to view the macchiato as an espresso with a little frothed milk in it.

In a market saturated with popular coffee drinks made with warm milk, an espresso macchiato could be seen as a healthier alternative to regular lattes and cappuccinos. The macchiato contains only a small amount of milk or milk foam and won't dramatically increase the drink's calorific content. 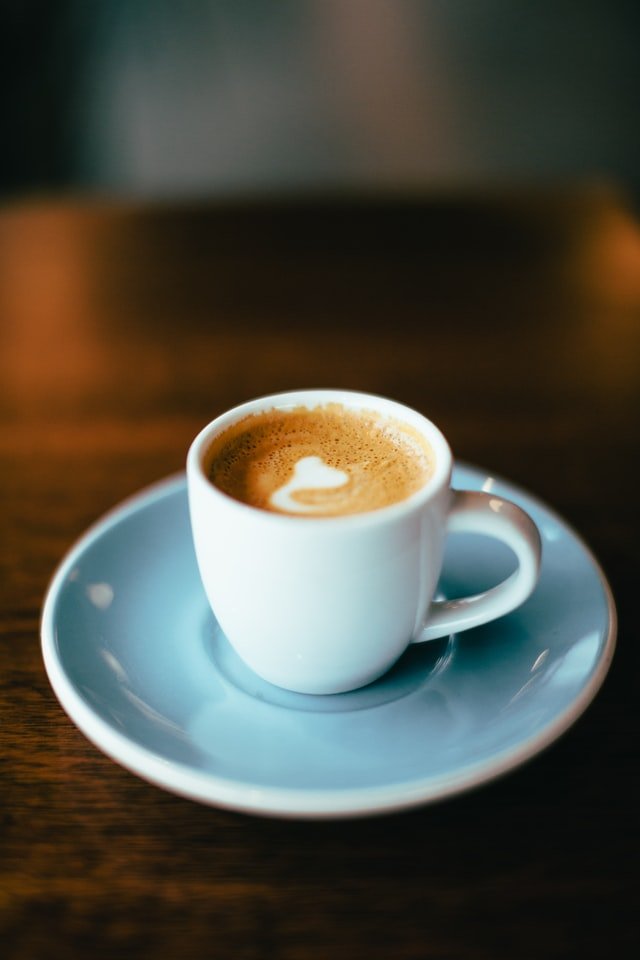 Things That Impact The Taste Of These Coffees

How many shots of espresso are usually in cortado?

That depends on where in the world you're ordering your cortado. In Spain, the cortado is typically a single espresso of espresso and a just a dash of milk. Other locations prefer to use a double shot of espresso.

Regardless of the number of shots, the ratio of steamed milk to coffee should be about half and half.

What is the difference between cortado, cappuccino & flat white?

Again, this all pretty much comes down to the espresso to milk ratio.

The cortado is a little bit smaller and a little bit stronger than a cappuccino, which is typically served in a larger mug or cup with more whole milk and foam. Sometimes, it can also be topped with chocolate powder.

Is a cortado sweet?

Not naturally. When you add sugar or syrup to your cortado, it makes it sweet. The taste of coffee is typically bitter, but it can be sweetened with honey, sugars, or flavored syrups. Some milk can also sweeten your drink, so be careful about what you add to your cortado if you're not a fan of overly sweet coffee.

When consumed in moderation, a macchiato can be a healthy part of your diet, but if you're regularly consuming large amounts of coffee, it may be time to cut back.

Macchiato and cortado are both espresso based Italian coffees which are easy to make, the only difference is in how much milk you add in.

A macchiato is made by brewing coffee and adding some milk foam, whereas a cortado is made with an equal espresso and steamed milk ratio, giving it a smooth texture.

Hopefully, you now you know all the differences between these two coffees, and you feel ready to start experimenting with your own versions.