The world of coffee drinks is so much more than lattes and espressos, and there are a never-ending list of options in your local coffee shop designed to satisfy your caffeine cravings.

An espresso is a concentrated coffee found in almost every coffee drink, but you may not have heard of a lungo coffee. The lungo shot is the longer relative of the espresso, and in this article we'll discuss lungo vs espresso so you know all the similarities and differences.

Page Contents hide
Lungo Vs Espresso: What’s The Difference?
Preparation
Taste
Appearance
Caffeine Concentration
Variations
What Exactly Is An Espresso?
What Exactly Is A Lungo?
Brew Like A Barista: Making A Lungo At Home
People Also Ask (FAQs)
Conclusion

Lungo Vs Espresso: What’s The Difference?

Espresso and lungo coffee drinks may seem like the same thing because of their basic components, but these two beverages have a lot of differences.

Here’s how you can distinguish them apart:

Ordinary brewing methods like Moka pots, French press, and automatic drips won’t work for these drinks as they lack the pressure they both need, but you can use an Nespresso machine.

Both espresso and lungo coffee drinks are made with:

The key difference with lungo vs espresso is the preparation time, volume, and ratio. 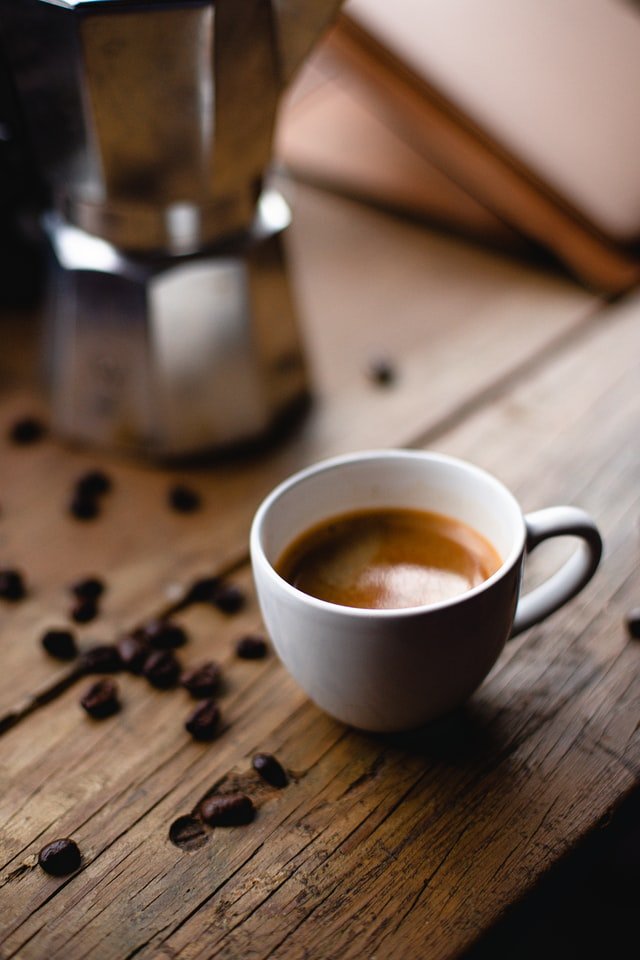 When making a lungo you let the espresso shot run longer. This makes the lungo slightly weaker than an espresso, with a ratio of 1:3 coffee to water, compared to an espresso's 1:2 ratio.

A lungo coffee therefore takes longer (basically double the amount of time) to make and produces a drink that has double the volume of an espresso.

The taste of a coffee drink is a determining factor in which one your choose and both of these drinks feature the bitter flavor of traditional espresso shots.

An espresso has a full, rich, and slightly bitter taste from the concentrated coffee. A lungo has a slightly less intense taste, but the longer brewing gives it more bitterness and actually exposes some of the fruity notes from the coffee beans.

Despite having basically the same ingredients there are distinct differences in the flavors of these coffee drinks, and this all comes down to the brewing.

An espresso shot is pulled quickly and with a small amount of water. This gives it a slightly sweet but intense taste that's often compared to dark chocolate.

A lungo shot is pulled more slowly and has more water which makes it more bitter but more intense. It also has less of a crema on top so there's less rich flavors in the drink.

Most coffee drinks look fairly similar, but when it comes to espresso vs lungo you can tell why they are commonly confused.

In an espresso the coffee liquid is a dark brown, almost black color. It then has a golden crema which is about 1/3 of an inch thick.

A caffe lungo is diluted in more water and has less crema. This makes it lighter and more watery - closer to a ristretto shot than an espresso.

Despite having the same amount of espresso in the two drinks, a lungo coffee is a lighter brown color than a long black espresso, and this is because a lungo coffee has twice the water and less crema.

The caffeine content of any coffee drink is a key consideration, because we all want that quick jolt of energy. The amount of caffeine in an espresso and lungo is influenced the type and amount of coffee beans used, and the length of extraction process.

However, despite a lungo shot having a bit more caffeine it actually has double the volume of water so it's less concentrated coffee. This means it doesn't taste as strong as  regular espresso.

If you want more caffeine in the morning, a cup of lungo is your best choice. But if you want less caffeine and a richer flavor, espresso is for you.

When we talk about variations it's coffee lingo for slightly different types of the same drink. This could be a tweak to the recipe, or the addition of different flavors to make the espresso topped drink better suited to our tastes.

There are many common variations of espresso and lungo, but because espresso shots are included in almost every modern coffee drink - so there are far more options with espresso.

What Exactly Is An Espresso?

Espresso is an infamous Italian coffee that originated in 1901 in Turin, Italy, with the invention of the espresso machine. It is made under high pressure by forcing a small amount of almost boiling water through finely-ground coffee beans.

To pull a shot of espresso, you must extract all of the components of the crushed coffee by percolating hot water through a tightly packed and finely ground coffee.

The pressurized water will then remove soluble and insoluble solids and oils found on the coffee bean, depositing them in the cup. While extracting an espresso is a short process, it is powerful enough to deliver an intense aroma and taste.

A shot of espresso contains two layers: the crema and the liquid. The crema is made up of carbon dioxide bubbles surrounded by water and pills, while the liquid consists of gasses, soluble and insoluble solids.

Espresso is the base of all other drinks such as latte, macchiato, and cappuccino.  However, espresso can be taken as is but not recommended for the faint-hearted. 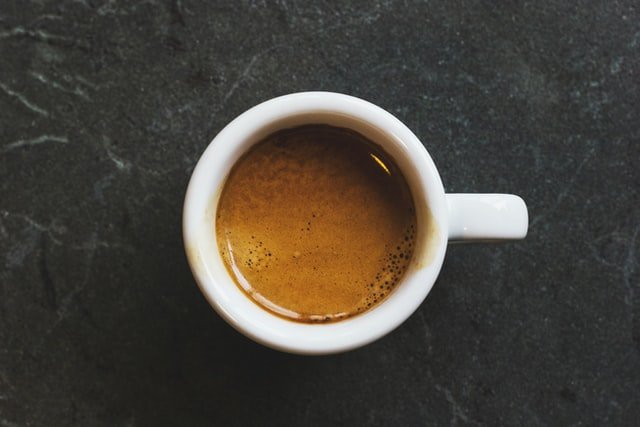 What Exactly Is A Lungo?

Lungo is an Italian word for “long.” As a coffee, it is a beverage pulled longer than an espresso shot, hence the word lungo.

It uses the same coffee bean and espresso machine as espresso but uses a greater volume of water, meaning that the process takes longer.

A shot of espresso made with an espresso machine and is usually pulled for 18 to 30 seconds, using around 30 ml of water. A lungo uses twice this amount, so a lungo long shot takes longer to pull, and can take up to a minute.

The process uses the same pressure and power as an espresso shot so that you can expect a great aroma and taste, but not as intense as espresso.

While this drink is less intense because of the amount of water, it is more bitter than an espresso. The bitterness comes from the longer extraction process since most of the bitterness-causing components of coffee are dissolved at a later stage during extraction. This also means it has a lighter crema layer on top.

That’s why extending the length of the process allows the bitterness to be incorporated into the brew. Because of the bitterness, drinking lungo is an acquired taste, and only those who can handle the sharpness of its flavor enjoy it.

Brew Like A Barista: Making A Lungo At Home

Do you think lungo is your new go-to coffee? Why not try it and make it yourself?

Don’t worry; you don’t need to be a certified barista to make one, just follow our instructions to enjoy this brew. 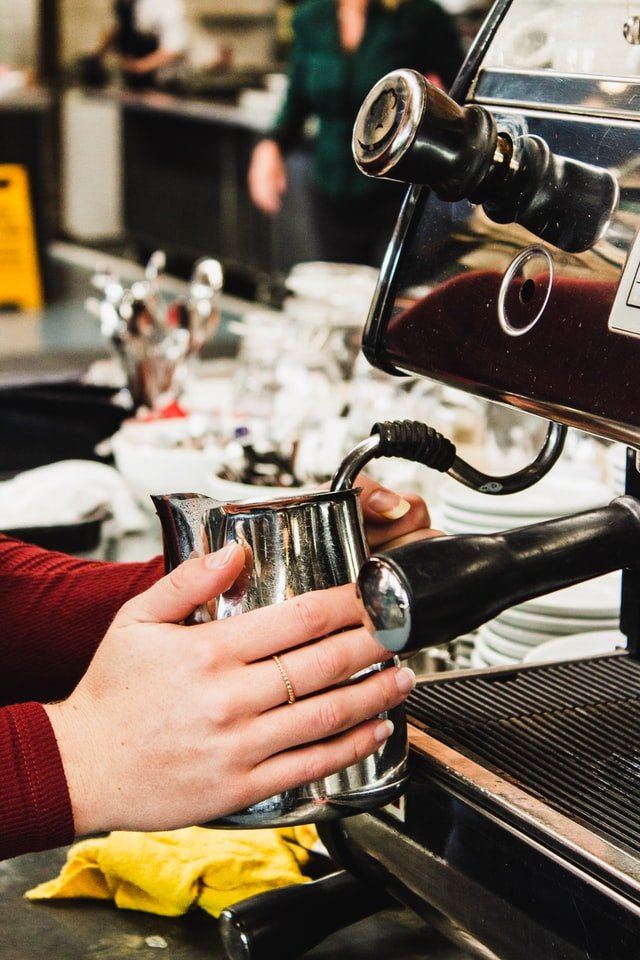 Note: Going for a bolder flavor? Use up to 22 grams of coffee. But if you like a mellow espresso, use 14 to 16 grams.

How does a ristretto differ from espresso and lungo?

The difference between the three is their final volume. Ristretto is the beginning of the espresso scale and has a ratio of 1:1, which means one part of coffee equals one part of brewed espresso. Espresso is the middle scale with 1:2, and lungo is the final scale with 1:3. In Starbucks you can usually order any of them without any additional cost involved.

Which is the lungo button on the Nespresso machine?

Can you use Nespresso espresso pods for lungo?

Don’t use an espresso pod for lungo or vice versa. Nespresso coffee blends and their respective flavors are put together specifically for their extraction, and they are not interchangeable, so you need to use a lungo capsule to make it properly.

Which has more calories – Espresso or Lungo?

Understanding the difference between lungo vs espresso can help your journey into coffee world, allowing you to know which brew is perfect for you.

The key difference is how much water is used, and a lungo uses double the amount of water with the same amount of coffee beans. This is what makes it taste different, and also means it takes longer to pull.

If you are after the strong, rich flavor and aroma of the coffee, espresso is for you. But if you’d like more caffeine in your drink, lungo is your drink.