Ah, coffee! This versatile and energizing drink can be made in a variety of ways. One of the most popular is the latte. With a whole array of syrups to change its flavor, and of course the signature art on top, there’s a lot to attract.

But how is it different from a regular old cup of coffee, and what do you need to make them? This guide on brewed coffee vs. latte has all the answers!

What Are The Differences Between Coffees & Lattes?

The biggest similarity between regular coffee and latte is the basic ingredients needed; milk and coffee.

The main difference is the method used to create the drink, which influences the final taste. 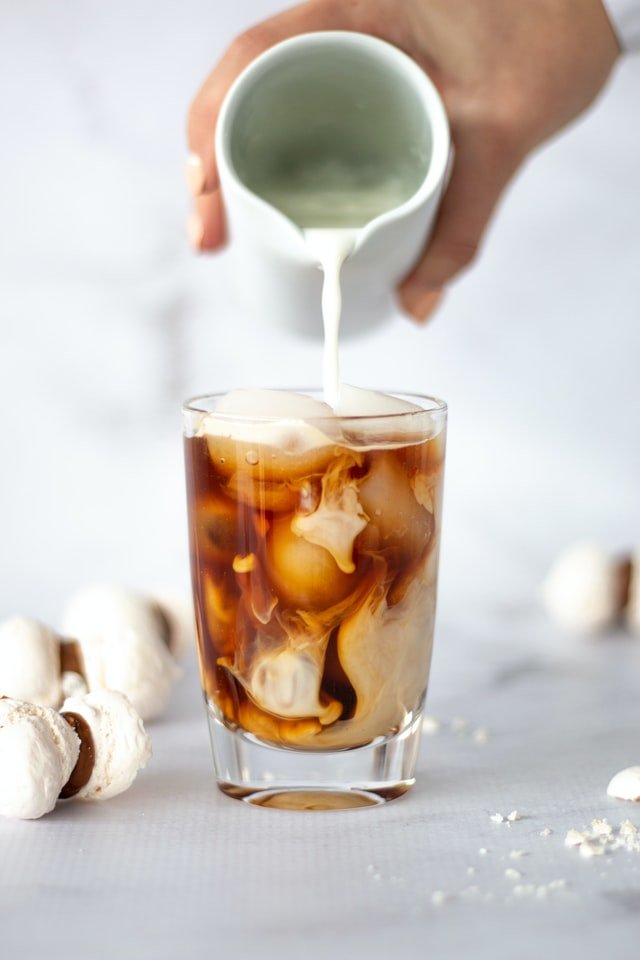 What Is Coffee? (Overview + How Is It Made?)

The word ‘coffee’ is used to cover a variety of drinks, which are all made using roasted and finely ground coffee beans.

These brown coffee beans begin life as plant seeds which are transformed into the classic morning drink we know and love.

Brewed coffee is made by mixing coffee grinds and boiling water.

Most people also choose to add sugar, milk, or coffee creamer to lessen the bitter coffee flavor, and there are a variety of other additions designed to sweeten the taste.

The caffeine content in the roasted coffee beans, makes it a perfect stimulant, and many people enjoy coffee drinks in the morning to perk themselves up.

It is possible to make a decaffeinated version of your favorite coffee drinks using special decaf beans. Just ask your local coffee shop barista for this option and they should be able to help. 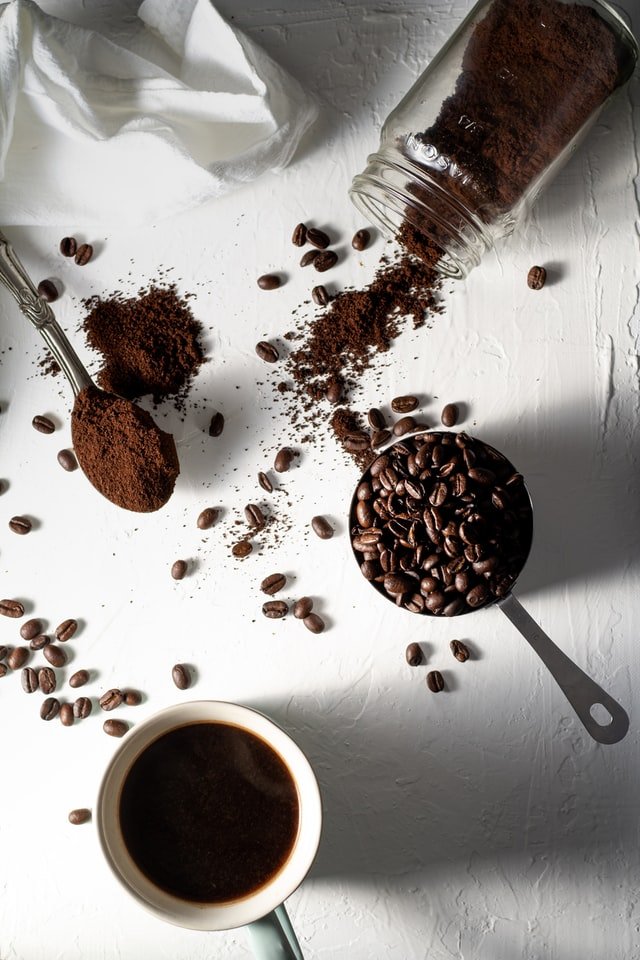 There are a few different methods used for making coffee grounds into your favorite brown nectar. If you order a simple, basic cup of black coffee, the process used is likely to be either drip coffee or French press.

Drip coffee is popular due to its cheap and easy methodology of allowing hot water to flow through the grounds and drip down. That's why more coffee shops have drip coffee as the cheapest option.

It’s not known for certain exactly who first brewed coffee as we know it today. The coffee forests were first found in Ethiopia, and by the 15th century, coffee had spread to the Arabian peninsula. It was here that brewing coffee became really popular, and where it was first cultivated and traded before it took over the rest of the world.

What Is A Latte? (Overview + How They Are Made)

The latte, like many espresso drinks, has Italian origins. 'Caffe latte' means milk with coffee in Italian, however if you just ask for a 'latte' in Italy you'll be served a cup of cold milk!

Variations of the latte coffee can be found all around Europe. The French call it the cafe au lait, the Spanish cafe con leche, and it's sometimes confused with a flat white (even though it has more coffee). However, the 'latte' as we most often know it is the Americanized version which is just espresso and steamed milk, with added milk foam.

A modern latte is made with:

The bold shot of espresso gives a noticeable hit of caffeine, but the steamed milk balances out the flavor to give this coffee drink a pretty mild taste. Even with a double shots of espresso it's still easy to drink, though obviously there is more caffeine.

It's considered one of the best espresso coffee options because it works well with a range of different flavors and you'll usually find at least a few options in your local coffee shop.

The layer of foam which tops the drink is often used by baristas to create latte art. Latte art is created by pouring the milk to create patterns on the top of the espresso coffee. Hearts, swans, and ferns are among the most popular designs.

Mixing milk with coffee has been a common occurrence across Europe for centuries. While the terminology for caffe latte came from Italy along with the crucial ingredient of the espresso shot, their version of the drink is a little different from the method used commonly across the US.

How To Make Coffees & Lattes At Home

Regular coffee and cafe lattes can be made at home. Here is how to make amazing coffee and lattes if you don’t have a coffee machine.

To start brewing pour over coffee (drip coffee made without an espresso machine) you will need:

To make a latte at home without an espresso machine, you will need:

You can make both coffee and lattes with milk alternatives. Oat milk has a lovely creaminess that works great in lattes and coffee alike, plus it’s much better for the environment than cow's milk and even almond milk. While you may wish to try soy milk or coconut milk, too, some have found that these milk alternatives don’t quite match up.

Is iced coffee or an iced latte better from Dunkin Donuts?

This will depend on your personal preferences. Dunkin Donuts uses the same methods as other restaurants to make their iced coffee drinks, so which is better will be a subjective opinion.

Is a latte stronger than regular coffee?

Lattes have slightly more caffeine because they are made with an espresso shot (or double shot of espresso), but they aren't much stronger than a regular coffee. However, regular brewed coffee can sometimes taste stronger because it has less milk content than a latte.

There are slight differences in ingredients which separate the two drinks, most notably that a latte has espresso which makes a stronger coffee drink. However, when it comes to coffee vs lattes the key difference is the brewing methods.

There's no right of wrong answer here and it all comes down to preference, but what we can all agree is that coffees and lattes are great ways to start your day!