Do you ever wonder how much caffeine your morning coffee has? Well, you're not alone.

Whether you're watching your caffeine consumption or just plain curious about your cup of joe, knowing the caffeine content of your drink can come in handy. And we're to help!

In this article, we will discuss how much caffeine is in a tablespoon of coffee, along with factors that affect the caffeine content of your cup. So, shall we start?

Page Contents hide
How Much Caffeine Is In A Tablespoon Of Ground Coffee?
Popular Coffee Types: How Much Caffeine Per Cup?
1. Espresso
2. Regular Brewed Coffee
3. Instant Coffee
4. Decaf Coffee
Factors That Affect Caffeine Content In Your Coffee
Why Some Coffees Possess More Caffeine Than The Average
Frequent Caffeine In Coffee Ground Questions
Conclusion

How Much Caffeine Is In A Tablespoon Of Ground Coffee?

The amount of caffeine in a tablespoon of ground coffee depends on the coffee beans you use and the roasting process. With Arabica coffee grounds, caffeine accounts for 1.2% of its weight.

On the other hand, Robusta coffee grounds have significantly more caffeine, which is 2.2% of its weight. Also, only 70 to 90% of that caffeine content is released during the roasting.

So if we do the math, the amount of caffeine in Arabica coffee is roughly 170 mg, given that you follow the US tablespoon measurement and the roasting process extracted 100% of the caffeine.

Following the same formula, a tablespoon of Robusta coffee contains 314 mg of caffeine, given the same circumstances as the Arabica calculation.

However, on average, a level tablespoon of ground coffee contains 60 mg and 110 mg of caffeine in a ground Arabica and Robusta coffee, respectively.

This is because the tablespoon we usually use isn't the same as the US tablespoon measurement unless you have a device that correctly measures a tablespoon. 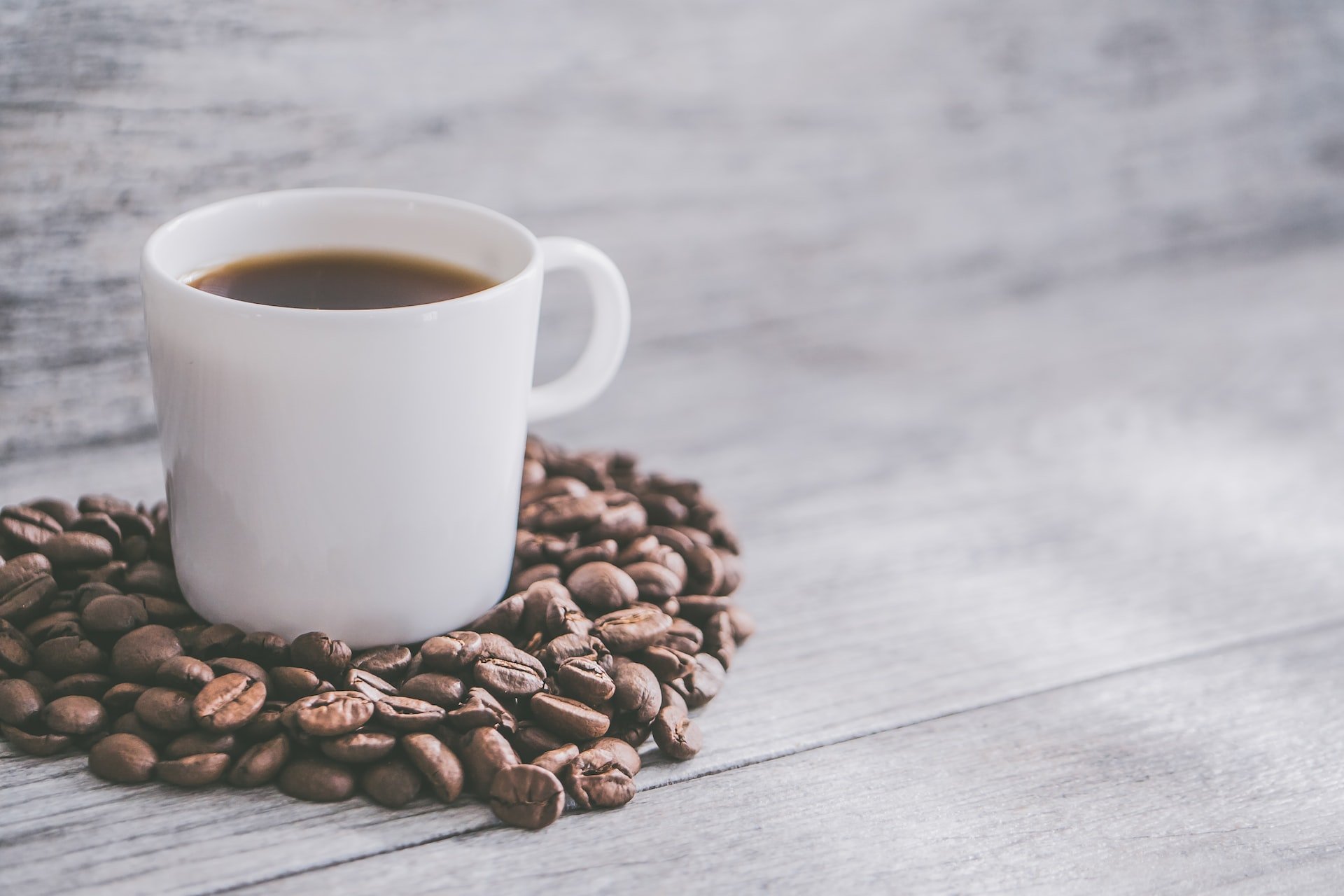 You should also consider how many tablespoons of ground coffee you put in your coffee maker or brewing device like a French press.

For example, if you put 2 tablespoons of coffee grounds, you should double the amount, on average 120mg for Arabica and 220mg for Robusta.

If you like strong coffee, you're probably putting 3 tablespoons of coffee grounds in your brewing device.

This means you're getting around 330 milligrams of caffeine for Robusta beans if you consume the whole thing. And if you're wondering how much caffeine in 4 tablespoons of coffee, just do the math.

From our previous calculations, it's so much caffeine, 440 mg for Robusta, which is over the daily nutritional limit.

But, we don't usually use the same amount of coffee in instant coffee compared to coffee grounds.

So, even if this type of coffee has more caffeine than ground coffee, a cup of instant coffee has less caffeine compared to a ground Arabica coffee cup.

Popular Coffee Types: How Much Caffeine Per Cup?

Of course, brewed coffee is not the only type of coffee you consume. If you're a coffee lover who loves drinking different kinds of coffee, it's not enough to know the caffeine level of regular coffee.

So, let's discuss your caffeine intake if you drink other types of coffee drinks:

If you want a quick wake-me-up drink, espresso is probably one of your go-to drinks.

Unlike drip coffee or brewed coffee, it has more caffeine content--no wonder it gives coffee drinkers the boost of energy they need.

However, serving-wise, it's not a lot, and if drinking coffee every morning is your thing, this isn't ideal.

In the US, brewed coffee is more popular than espresso. In fact, this is one of the most loved brewing methods in the country.

This delicious coffee cup can give you around 70 to 140 mg of caffeine, depending on the number of coffee scoops you use and if you use ground Arabica coffee or Robusta.

But if you check the instructions of various instant coffee brands, you'll notice that they require less coffee per serving. This is why a cup of instant coffee contains less caffeine than regular coffee.

It usually has only 30 to 90 mg of caffeine per cup of coffee.

However, if you want to add more caffeine to your drink, you can drink more cups of coffee or mix more than one tablespoon of instant coffee per mug.

Some even use two tablespoons of coffee, but that might be too much caffeine, especially if you're not used to it.

Decaf coffee is an excellent alternative if you're watching your caffeine intake.

However, it's not entirely caffeine-free. This coffee still has some caffeine, but it's considerably less than regular coffee, green tea, and other caffeinated beverages.

Unfortunately, there's no fixed amount of caffeine in this type of coffee, but usually, it ranges from 3 to 7 mg depending on the brand and decaffeination method. 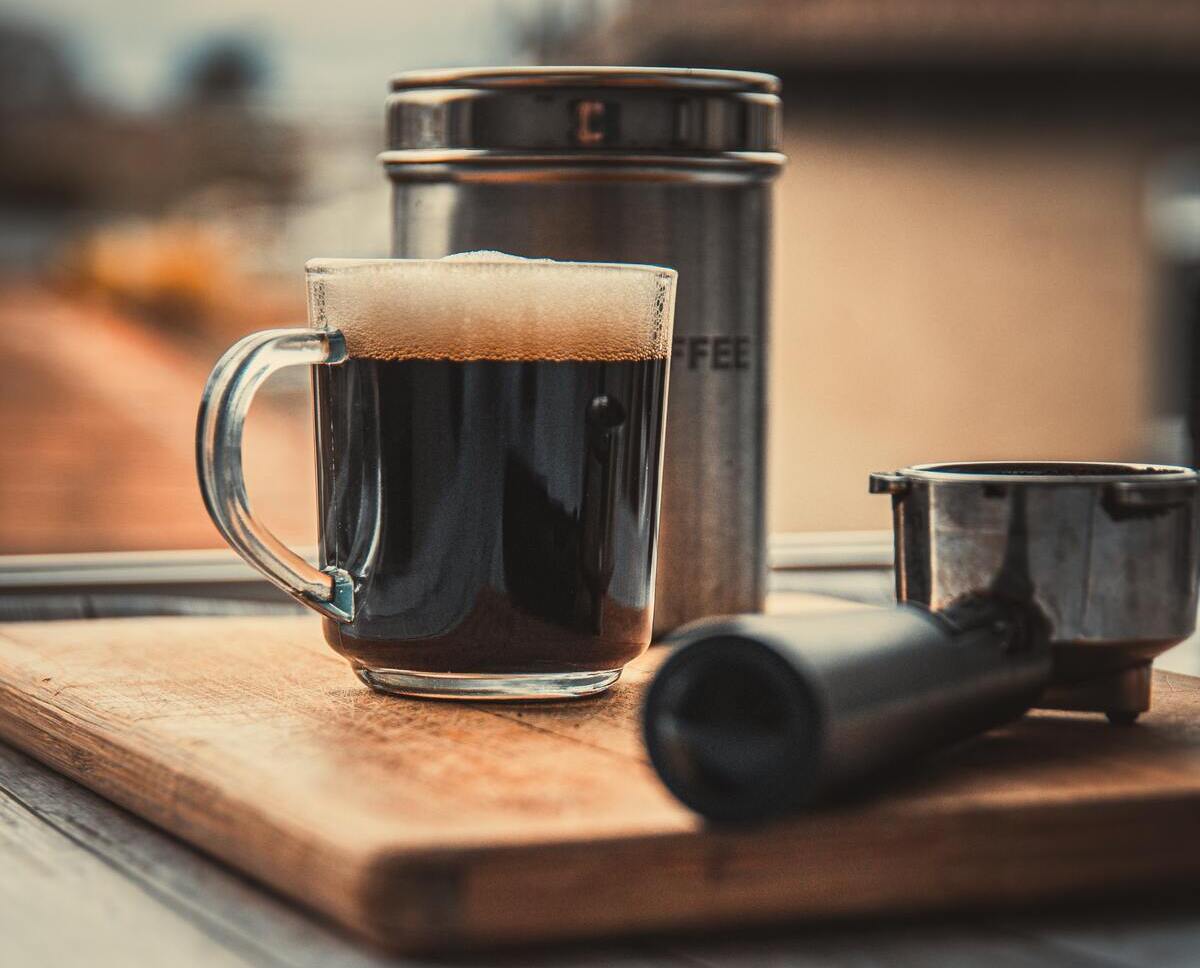 The caffeine present in a cup of coffee depends on many factors, not just the number of tablespoons you use.

As mentioned, the type of beans has a significant role, but there's more. Here are the other aspects that can influence the amount of caffeine in your cup of joe:

The most critical factor that may affect the caffeine content of your drink is the type of coffee you consume. At the same time, some brewing processes can produce more or less caffeine.

For example, espressos have more caffeine than regular brewed coffee, even if it is significantly lower. Decaf has a really low caffeine amount.

Of course, the size of the cup can also impact the caffeine content, except for Espressos. For brewed coffees, the smaller the cup, the lesser amount of caffeine it has.

You should also take into account how many cups of coffee you drink. If you drink more than a few cups, you'll consume more caffeine.

However, it's the other way around. Light roast coffee generally has more caffeine compared to dark roasts.

On the other hand, dark roast coffee may have less caffeine, but it produces a stronger taste.

Again, the type of coffee beans you use can affect the caffeine content of a cup. If you are watching your caffeine intake, it's best to stay away from Robusta as it contains a lot of caffeine.

While coffee, in general, has a lot of health benefits, too much caffeine isn't good for you, especially if you have high blood pressure. 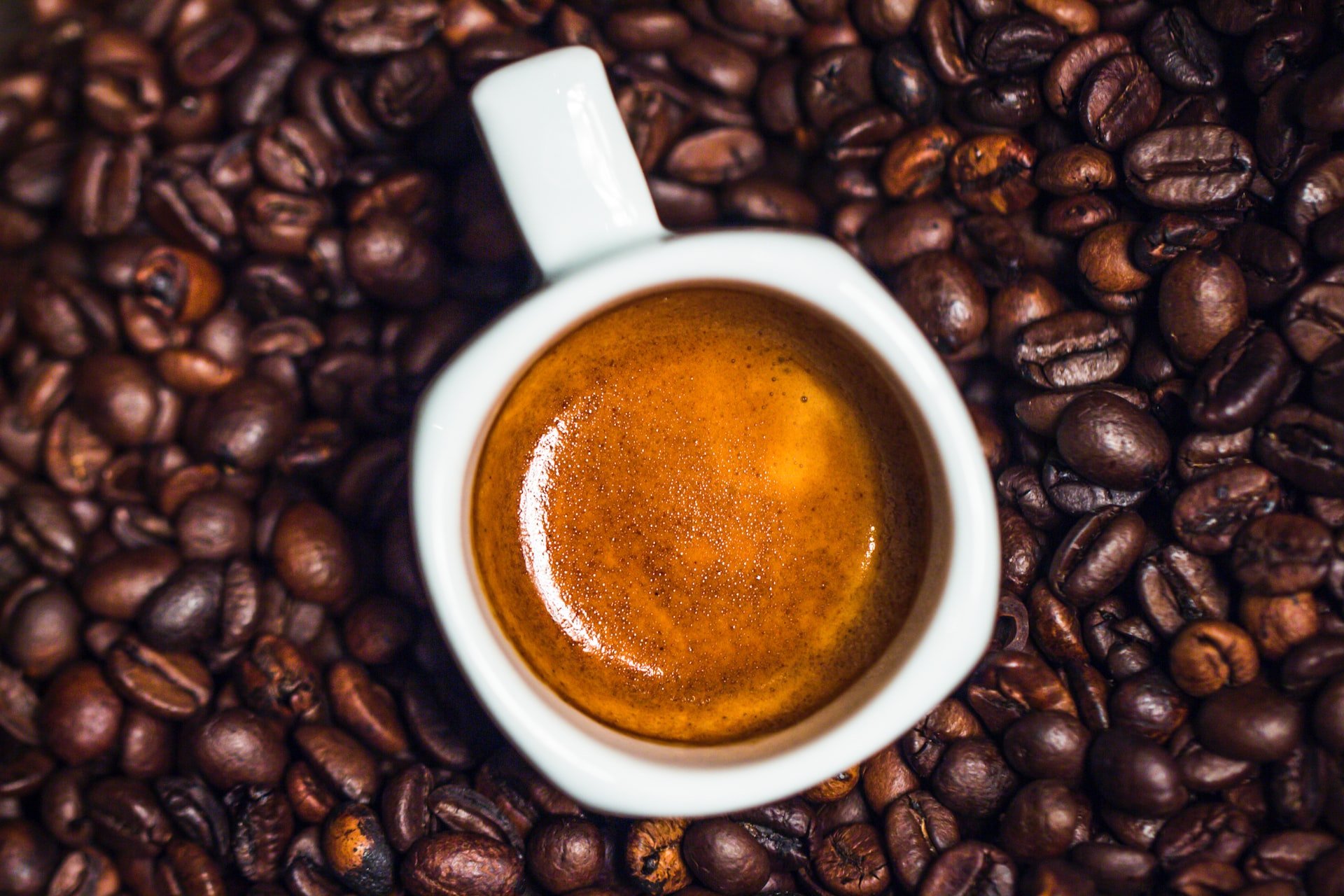 Why Some Coffees Possess More Caffeine Than The Average

Not all coffees are produced equally. They come from different types of plants; some are roasted differently, while others have other ingredients added to them.

These can also affect the amount of caffeine they contain. But let's break it down so you can understand them better:

If you're a coffee lover, you've probably tried chocolate-covered coffee beans. These beans are irresistible and sinful and often have a higher caffeine level than other beans.

In fact, they have about three times the average quantity of caffeine in regular ground beans. But why is that?

Simple. When you consume this type of coffee, it doesn't undergo any brewing process that can break down some of its caffeine content.

You're basically eating the whole bean, which means you're receiving the full potency of its caffeine content.

These coffee beans come from different types of coffee plants. Compared to Arabica, Robusta is easier to grow and has a higher yield.

It's also less sensitive to insects, thanks to the extra caffeine it produces, which acts as a chemical defense of the coffee seed. This is why this coffee bean has the most caffeine.

The type of coffee scoop you use can dictate the amount of caffeine in your cup. For example, a rounded teaspoon can provide less caffeine than a heaped tablespoon.

So, be sure to check what scoop you use, especially if you're worried about your caffeine consumption.

How much caffeine is too much?

On average, a person can consume up to 400 mg of caffeine per day. If you consume more than that, caffeine makes you more jittery and can cause nervousness.

How many tablespoons of coffee should you use per cup?

Having 1 to 2 tablespoons of coffee per 6 fluid ounces is recommended, but you can have more than that if you want to.

How much caffeine is in a single coffee bean?

In general, a single coffee bean has around 6 mg of caffeine.

How much caffeine is in a tablespoon of Folgers ground coffee?

A tablespoon of Folgers coffee has 30 to 40 mg of caffeine.

Remember, not all types of coffee have the same amount of caffeine. Other drinks, like espresso, may come in small sizes but are often packed with caffeine.

At the same time, the type of beans you use can also impact the level of caffeine in ground coffee. Check all the factors if you want to know how much caffeine is in a tablespoon of coffee.