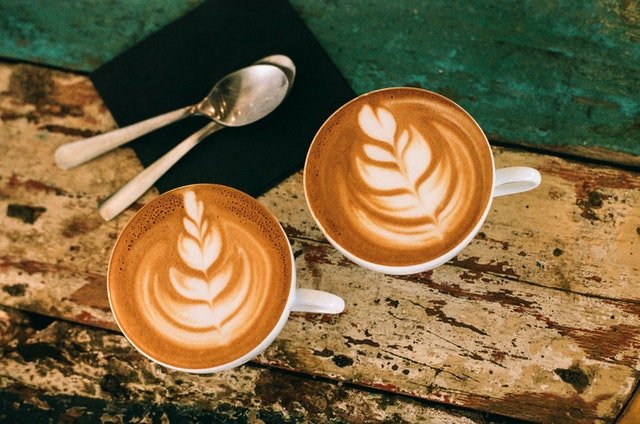 If you're a coffee lover, it's likely that you're spoiled for choice with the plethora of coffee options to choose from. Out of all the coffee drinks, two of the most popular options are flat white and cappuccino drinks. However, while these two coffee drinks might seem similar, there are plenty of distinct differences between the two.

In this guide, we'll discuss the differences between a flat white and cappuccino, answer frequently asked questions, and more.

The table below will provide you with an excellent overview of the similarities and differences between a flat white and cappuccino.

Flat White & Cappuccino: How Are They Made?

One of the first things to look at when it comes to a cappuccino vs. flat white coffee drink is how they’re made.

The flat white was invented in either New Zealand or Australian coffee shops in the 1980s. In terms of ingredients, it contains:

It’s traditionally served in a five to six-ounce cup and consists of two shots of espresso along with a tiny bit of foam. When it comes to a flat white vs. cappuccino milk content, the flat white contains more milk than a cappuccino but less milk than a latte. It is, however, a less frothy drink.

The cappuccino, on the other hand, was invented in the 1700s. Interestingly, it was originally served with whipped cream and spices before being replaced with frothy milk. The cappuccino contains the following ingredients:

While the ratio of a cappuccino can differ significantly around the world, it's typically served in a cup with a handle and contains a third espresso (double shot), a third milk, and a third milk froth.

Taste & Texture Of A Flat White

One of the biggest differences between a cappuccino and a flat white is its taste and texture.

With a flat white, espresso counts for about 25% of the drink, so it does have a relatively strong coffee flavor – more so than a typical latte. As it does have microfoam on the top, it has a smooth texture to it without the velvety finish of a cappuccino.

Another main difference between a flat white and a cappuccino is its ingredient ratio. A flat white has about 1.5 ounces of espresso, 4-5 ounces of steamed milk, and 0.5 ounces of microfoam. Those who tend to prefer a flat white enjoy it as it has the flavor and intensity of an espresso coupled with the richness of a dairy-based drink.

Taste & Texture Of A Cappuccino

With a cappuccino, 33% of the drink contains espresso, so it’s stronger than a flat white. In terms of texture, cappuccinos have a thick and dense milk foam that has both a velvety and creamy finish.

For the ingredient ratio, a cappuccino has about 2 ounces of espresso, 2 ounces of steamed milk, and 2 ounces of microfoam. It is noticeably stronger than a flat white and has a balanced and creamy texture to it. If you like foamy coffees that have a good caffeine kick, it’s likely that you’re a fan of the cappuccino. 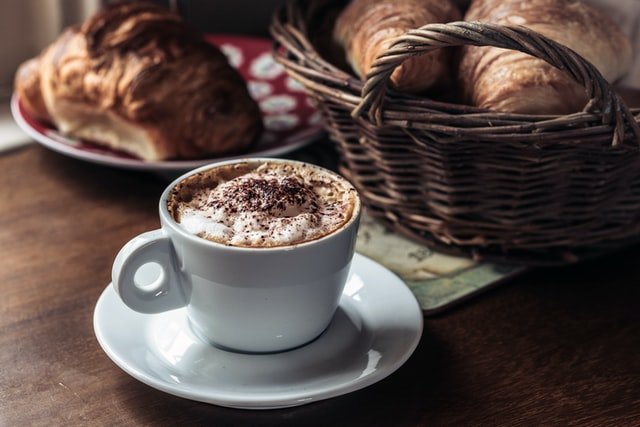 Milk Options For These Coffees

While you can use regular milk or low-fat milk with these coffees, there are also plenty of other milk options to choose from.

A popular alternative milk choice, in comparison to other types of milk on this list, soy milk has a relatively strong flavor. It’s great when paired with a robust espresso, but can overpower an espresso that has a fruity and floral taste. Soy milk also has a tendency to split in coffee, so care must be taken when using it.

A popular choice for coffee-based drinks, oat milk has a creamy and thick texture that makes it have a less overpowering flavor than some of the other nut milks. In addition, it has a natural sweetness that is close to dairy and blends well with espresso. Since it also has a higher fat content than other milk types, it's great for both steaming and frothing.

Almond milk is low in calories and contains a good amount of protein and fiber. If you're using regular almond milk, it's likely that you'll run into issues with thickening or frothing. If you want to use almond milk in your cappuccino or flat white, opt for a barista version instead.

Looking to make Starbucks flat white coffee at home? Below, we’ll provide you with a step-by-step guide on how Starbucks makes and serves their flat whites and how to recreate them at home.

To make your own Starbucks flat white coffee, you’ll need:

Here’s how to do it:

Which of these coffees is the weakest?

Which of these coffees do Italian’s drink?

Italians drink cappuccino. It's a classic Italian espresso drink and is typically enjoyed before or after breakfast.

Which is healthier? Flat white or cappuccino?

A cappuccino is healthier than a flat white as it contains less milk – most of it is foam. It is, however, only marginally healthier, and this is also dependent on the type of milk that is used.

Is the cappuccino or flat white generally more expensive to buy?

Flat whites are typically more expensive as they require more skill to make. A good flat white needs to be made with milk that is steamed into a ‘microfoam.' That's the only way that you'll get the silky smooth texture when you're sipping your coffee.

If you’re a new coffee drinker, you should definitely give both of these drinks a shot. After you've tasted both a flat white and cappuccino, you'll have a better understanding of the different tastes and textures between the two and how they cater to different individuals.