Cinnamon is a versatile spice, bringing a variety of flavors to whatever it’s added to. Starbucks’ menu is bursting with cinnamon drinks, each with its own individual flavors and palettes. 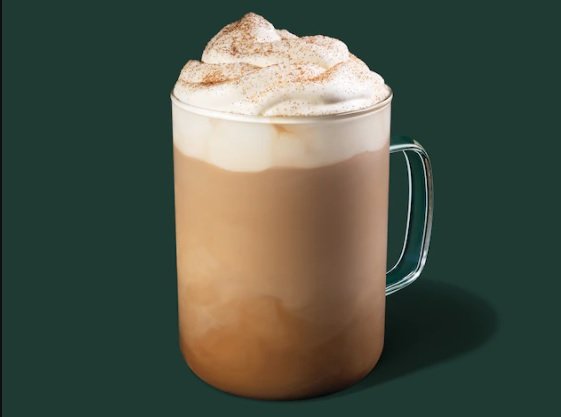 The Starbucks cinnamon dolce crème works well for those who don’t need a hit of caffeine but also want to enjoy a sweet and herbal mix in a hot drink. Perfect for winding down in the evenings after a long day. 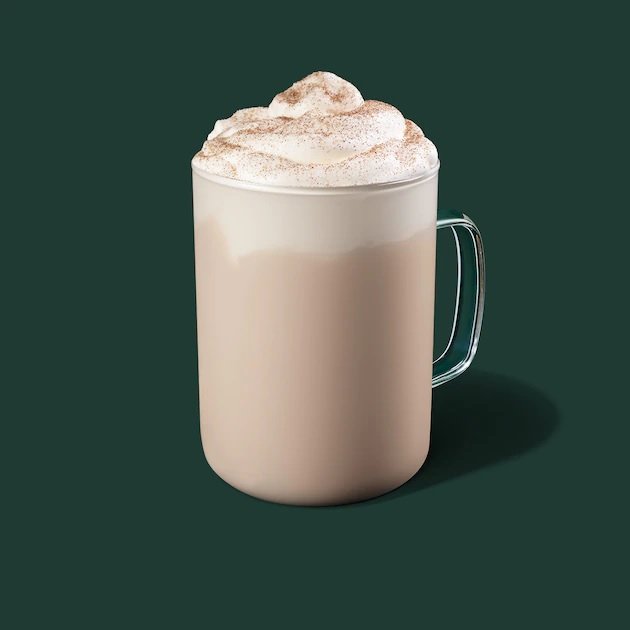 A chai tea (not to be confused with the chai tea latte or iced chai tea latte) combines cinnamon with a mix of other herbs and spices to create a bold, warming hot drink.

The chai tea at Starbucks combines cinnamon, ginger, clove, and cardamom. Each with its own unique palette of flavors, they create a real warming and spicy treat for you to enjoy at any time. You can also add extra brown sugar if you want it a bit sweeter.

The chai tea is decaffeinated, which means it’s great for those cold autumnal evenings and long winter days where you need a warming boost. 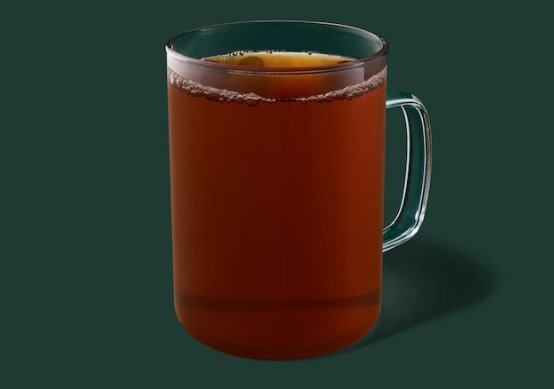 The chai tea latte is a unique blend of spices (cinnamon, ginger, clove, and cardamom) from chai tea, along with freshly steamed milk and brown sugar to create a softer and creamier addition to your chai.

The blend of steamed milk and milk foam top creates a sweeter mix to the chai tea as well. The result is a smooth blend of sweet and spicy to keep you warm in the colder months of the year. Add in some vanilla syrup to sweeten the edge even more. It’s really ideal for anyone, with or without a sweet tooth! 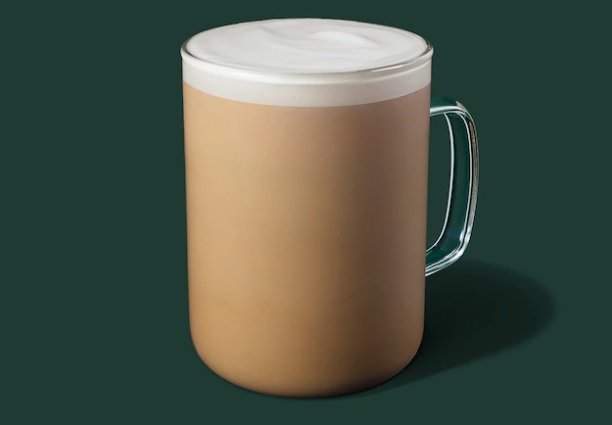 Frappuccinos are a staple of Starbucks drinks; they provide a creamy, sweet blend of milk and coffee (or cream) to create a smooth iced cinnamon coffee. So if you fancy a taste of fall in the summer, the chai creme frappuccino has you covered.

The chai creme mixes together milk and spicy chai (with plenty of cinnamon!) along with a creme base to give you a sweet and spicy mix for those hot summer days. Topped with whipped cream and cinnamon sprinkles, it makes a perfect, cool iced cinnamon coffee to keep you going. 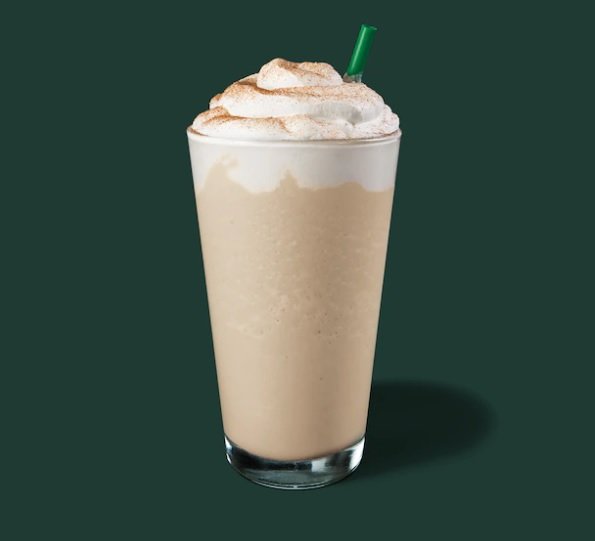 The iconic pumpkin spice latte is available at the turn of the fall in Starbucks. You know them, we love them; it’s just the right drink to get you ready for the falling leaves and cooler temperatures.

The pumpkin spice latte is a mix of espresso and steamed milk with a combination of pumpkin syrup, cinnamon, nutmeg, and clove (topped with whipped cream and cinnamon sprinkles) to create a warming, spicy, and yet still sweet beverage to kick start your spooky season. Don’t let the stereotypes hold you back from an iconic and delicious drink that hits the spot every time. 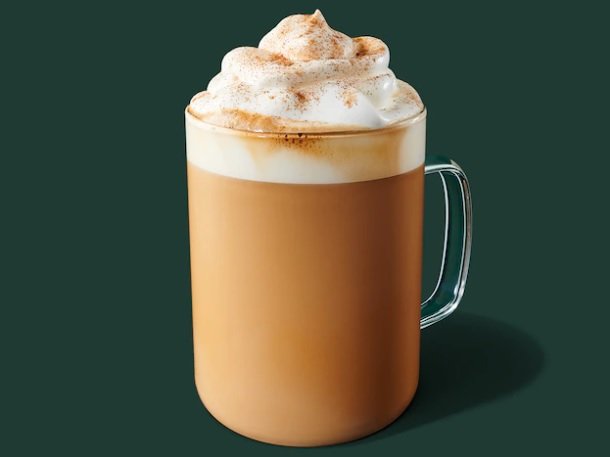 There’s something so comforting about a simple latte; it’s a good hit to start your day or wind down after a meal. Adding cinnamon syrup to your latte creates a new and spicier blend for your favorite drink.

The cinnamon syrup at Starbucks not only combines sweet and warming spice but also compliments almost every drink it’s added to. If you feel like making a change to your everyday latte, adding cinnamon will give you a brilliant twist that’ll keep you caffeinated and satisfied. 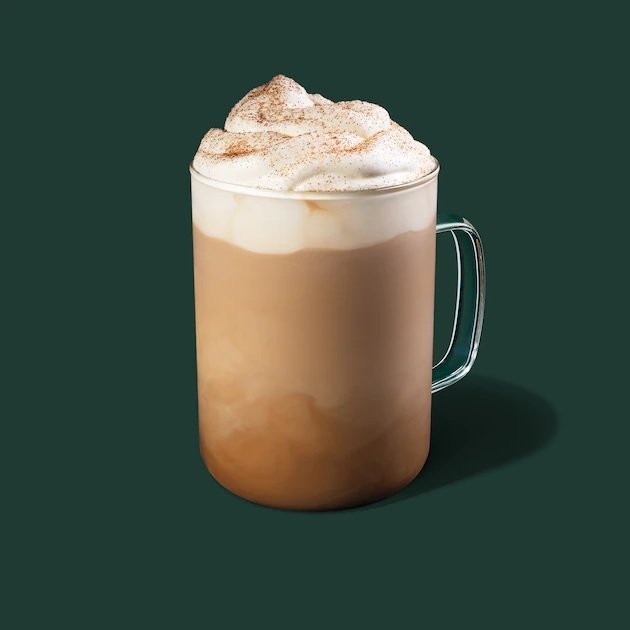 Want the same blend as above, but the temperature is above 100F? Not to worry, Starbucks is able to do any drink over ice. So if you still fancy those fall flavors in your latte, simply ask for an iced cinnamon latte instead of a hot one.

The mix of sweet milk and spicy cinnamon in this iced cinnamon coffee compliments each other well, with the added bonus of keeping you cool on a hot summer day. It's very similar to the iced cinnamon dolce latte, but with a bit less of a spicy kick from the cinnamon, and more creaminess from the dolce syrup.

Next on our list is a drink to give you that wintery feel. The caramel apple spice is steamed apple juice, complemented with Starbucks cinnamon syrup, and topped with whipped cream and extra caramel drizzle on top of the whipped cream. The excellence in this drink is its simplicity; you get the sweet apple and spice of cinnamon mixed together to create a calming and aromatic balance that will be sure to top off any day.

Pair it with the ginger biscuits available in Starbucks, and enjoy the spices mixed together for a perfect fall or winter treat. 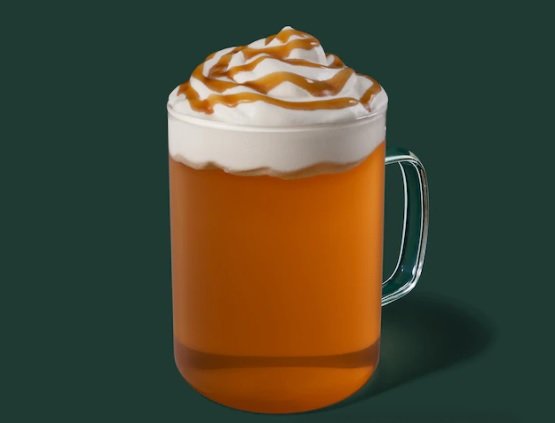 Enjoy the Starbucks cinnamon dolce latte even in the hottest of heat. The iced cinnamon dolce latte is the same drink you know and love, except prepared over ice to give you a cooldown when the sun is warming us up. If you feel like making a change, order it as a macchiato with coconut milk for a creamier and sweeter taste! 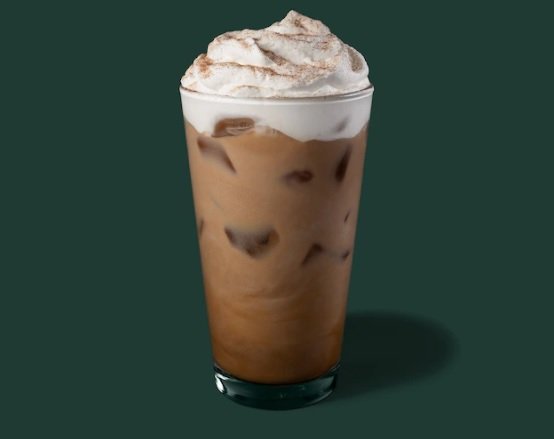 Time for our first secret menu item on this list; make it feel like breakfast all day! If you love the taste of Cinnamon Toast Crunch cereal, then this drink will truly hit the spot.

To order this, firstly, ask your barista for a Venti Iced White Mocha (it can be prepared hot, too!) and ask for only 2 pumps of white mocha. Add 3 pumps of Starbucks cinnamon dolce syrup, top with whipped cream, Sugar In The Raw, and cinnamon sprinkles. The result is that nostalgic taste you can see, and a sweet and spicy finish to your drink.

In the spooky season, you’ll find Starbucks reintroducing their pumpkin-flavored drinks, and the Pumpkin Spice Creme frappuccino is no exception. 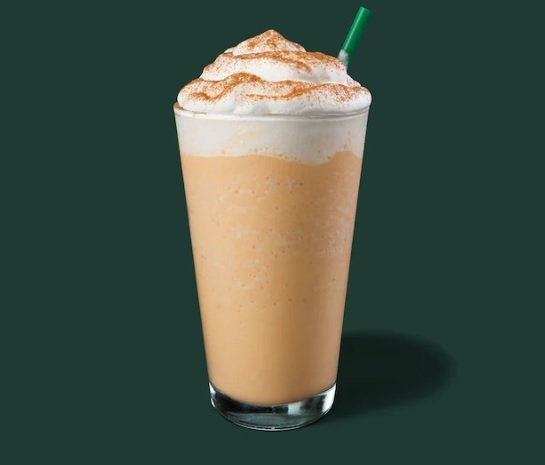 While this drink doesn't have a strong cinnamon flavor, the mix of spiced apple and brown sugar gives you a sweet apple pie-tasting experience. This is a seasonal drink, too, so you’ll be able to pick this beverage up once the fall begins to show.

The apple crisp macchiato is a mix of apple brown sugar syrup, steamed milk, and espresso and topped with spiced-apple crisp drizzle. You can also ask your barista to add some cinnamon syrup to give you the extra spice you crave, and it works well with some extra brown sugar on top. 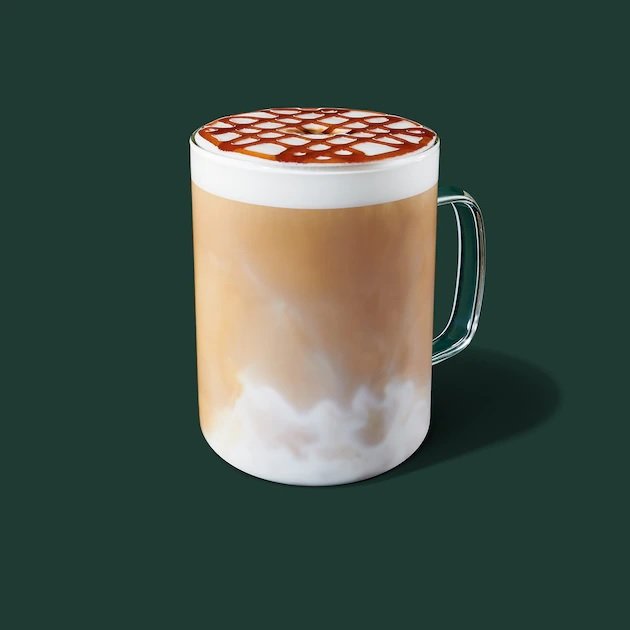 Do you wish your cold brew could have a wider palette? The pumpkin cream cold brew will give you the nutty, caramelly notes from the cold brew, with the addition of spicy cinnamon and pumpkin mixed in. You can also add brown sugar syrup or vanilla bean powder to enhance the flavor and make this cinnamon drink even more special.

However you drink it, this is the perfect way to end the summer! 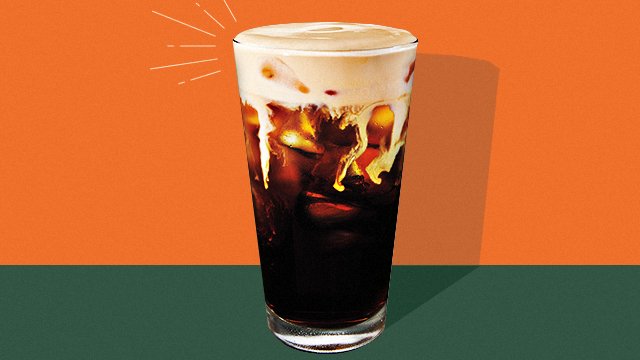 We finish with another secret menu item: the cinnamon roll latte!

A cinnamon roll is a great sweet treat on its own. Now, you can have two; one in drink form and one as a pastry! Simply ask the barista for a Starbucks cinnamon dolce latte, add white mocha sauce, and ask for the milk to be steamed with vanilla bean powder.

The drink is already topped with whipped cream and cinnamon dolce sprinkles. The result is a sweet flavored treat that will melt in your mouth just like an oven-fresh cinnamon roll.

If you want your Starbucks cinnamon drinks to have a sweeter taste, no problem! Ordering sweeter syrups into the drink will give you those boosts of flavor to kick start your day. The vanilla syrup and brown sugar syrup both work well with the cinnamon dolce syrup and gives you an even balance of sweet and spicy while maintaining the cinnamon flavor.

Don’t go for anything too overpowering, though - caramel syrup is very sweet and will demolish the flavor from the cinnamon dolce syrup. Stick to vanilla, brown sugar, or an even more simple syrup for a more subtle sweet taste.

Thanks to Starbucks’ endless customizations, you’re free to put whatever you want in your drink. The Starbucks app gives you even more options, with the ability to skip the queue and start drinking right away. Get your cinnamon cravings at bay, and keep the sweetness low-key.

How many pumps of syrup are in a grande cinnamon dolce?

Starbucks uses 4 pumps of syrup in all their grande drinks as standard, including the grande cinnamon dolce latte. The tall size comes with 3, and a venti comes with 5. You can ask for more or fewer pumps in each drink if you want a more subtle or sweeter drink with every sip. It also has a dusting of cinnamon powder dolce topping over the whipped cream, so you may probably won't need extra syrup.

What does Cinnamon Dolce mean?

Dolce is Italian for sweet, so the cinnamon dolce syrup at Starbucks literally means it was pre-sweetened before packaged. The sweet cinnamon syrup is bursting with a spicy mix of cinnamon and a sweeter undertone to give full-flavored Starbucks cinnamon drinks.

What brand of cinnamon does Starbucks use?

The cinnamon powder from Starbucks is Korintje cinnamon powder. It contains healthy benefits, such as high antioxidants and anti-inflammatory qualities. But it has a high coumarin level, which overconsumption could lead to kidney or lung damage. Drink sparingly!

You don’t need to wait for October to enjoy a spicy flavored drink anymore! Cinnamon is available all year round at Starbucks, and with their many combinations, you’re free to enjoy a warming and tasty blend of cinnamon and sweeter flavors. So treat yourself to a harmonic balance with each sip and let the cinnamon flavors help you through the day.