Looking to switch it up from your regular latte? Then chai tea lattes and dirty chai lattes and two drinks you definitely need to try.

Both of these drinks are sold in cafes around the world and have a spicy sweet flavor. They have some similarities, but they're actually quite different drinks and this article will give the full chai latte vs dirty latte breakdown.

Let's start by looking at the coffee recipes behind these two drinks.

As you can see, the main difference with a dirty chai vs a regular chai latte is the espresso. A dirty chai latte has espresso added to it, giving it a bolder coffee taste and a higher than average caffeine level.

The dirty chai latte and regular chai tea latte both have their origins in famous Indian masala chai tea. Chai flavored pure tea actually dates back around 9000 years ago where it was allegedly created by the King of Siam as a healing beverage.

The healing qualities of chai are debatable, but the fragrant and slightly spicy flavors really took off and they form the basis of a modern chai latte and dirty chai latte.

The chai tea latte came to the West in the 1960s, and became a regular order in the 1990s when Starbucks began offering a chai tea latte on their menu. This modern version used Western flavors which made it quite different from the traditional spiced tea of the far East.

The dirty chai latte was allegedly first served in the 1990s in England. The story goes that a barista was making a chai latte and accidentally poured in one shot of espresso to the drink. This changed the taste and created the first dirty chai latte!

There are more variations on a dirty chai tea latte because you can customise the espresso content in the base, and one of the most popular variations is to have two shots of espresso instead of one.

Many of these variations (like the double dirty chai) are only available on the secret menu so you'll have to ask your barista to make them specially.

Just remember that every coffee shop will serve chai tea slightly differently, so you should expect some variation in their chai tea leaves.

Chai teas and dirty chai lattes both have a uniquely spiced flavor. They're often chosen by those who want something different from a regular coffee, but don't fancy a spiced tea.

A chai latte has a spicy and sweet flavor from the various spices used in the recipe.

A dirty chai latte is similar to a chai tea latte, but has a slightly bitter taste from the shot of espresso.

A chai latte gets its unique flavor from the various spices such as cardamom, nutmeg, cinnamon, and ginger. Its taste varies depending on how the coffee shops prepare it, so expect it to taste differently from place to place.

In a dirty chai, the flavor comes from the espresso and other spices like cardamom, cloves, and cinnamon, which are also added to this drink to give more flavor.

Chai teas and dirty chai lattes are often regarded as low caffeine drinks, but that's just because the unique flavors disguise the strength.

Chai tea bags are more potent than your regular spiced tea and a traditional chai has more caffeine than a regular tea latte. A dirty chai latte has this double whammy of the concentrated tea with the extra caffeine from the finely ground coffee beans.

Dirty chai lattes have a higher caffeine content than traditional chai tea lattes, and you can even add extra espresso shots to make the drink stronger.

This makes them the caffeinated elixir of choice for those who appreciate a strong coffee. Just remember that a regular chai latte still has more caffeine than a good cup of black tea.

The calorie content of coffee shop and espresso drinks can vary massively depending on the ingredients.

Chai lattes and dirty chai lattes both have similar ingredients so there isn't very much between them.

Both chai teas and dirty chai lattes are made with a black tea leaves, spice mixture dry ingredients, and milk.

The black tea leaves have very few calories, but the milk will. Some recipes also require significant amounts of sugar, which will also add to their overall calorie content.

The shot of espresso in a dirty chai only adds about 10 calories (depending on how you brew coffee), which is why there isn't much difference between these two drinks. 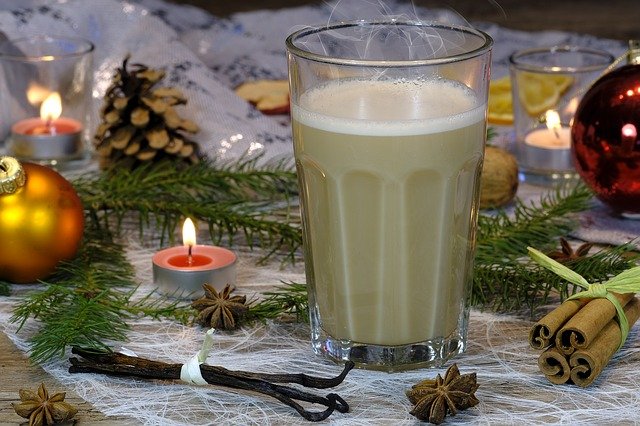 Chai Latte (Overview & How To Make It?)

A chai latte is a tea-based drink that is composed of black tea, steamed milk, and chai spices like cinnamon or cardamom.

Some recipes add foam to it to make it more unique. The recipe for this drink varies depending on each cafe. Some use their own signature spice mix and secret ingredients, while others only use instant or powdered versions of chai syrup to make a cup quickly.

Many people often think that chai latte and the traditional masala chai are the same drink, but a chai latte has some a long way from the old tea gardens of northern India.

The traditional masala chai mix is slightly different, but the real difference between the two drinks is that they use different types of milk.

Both traditionally use sweetened condensed milk, but for a masala chai you add hot milk, whereas for a chai latte you add steamed milk. This is why chai latte has a foamy and lighter flavor than a masala chai.

Over the years a chai latte has proved more popular with tea lovers than a masala chai. In fact, many coffee shops won't even have a masala chai on the menu despite it being a much older drink.

There are more hot versions of this popular drink, all made with boiling water, but you can also order an iced chai.

This still has the foamy texture but cold versions tend to disguise the Indian ingredients more and leave you with the taste of whole milk, rather than a delicate flavor blend.

If you want to make your own chai latte at home, follow the recipe below:

Note: This recipe can make about a quart of chai latte mix. Make sure to store it properly in a tightly sealed container so you can use it again for your next tea, or give it as a gift to your friends who love chai. Also, if you don’t like vanilla, you can leave it out.

It's also worth noting that in a coffee shop they'll use a milk frother for all their coffee drinks to create the smooth milk texture, and then add the steamed milk to the chai. You can froth milk at home if you have the equipment, but it's a lot more work. 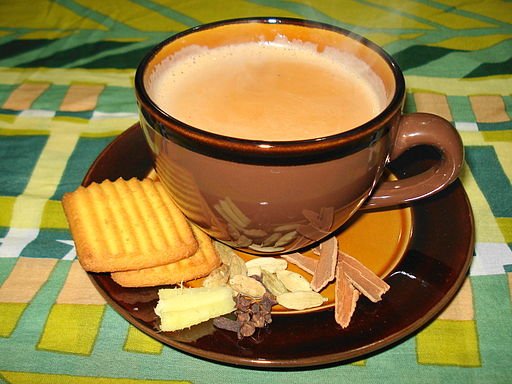 Dirty Chai (Overview & How To Make It?)

Dirty chai (sometimes called java chai or red eye chai) is a latte drink which is great for those who want coffee in the morning without bitterness.

The frothed milk, chai spice mix, and coffee from the espresso machine all balance well, giving this coffee drink a good caffeine kick without the intense taste of coffee.

Since its base drink is chai latte, you can also taste different spices such as cloves, cinnamon, cardamom, and ginger. However, the most commonly added spice for this drink is black pepper because it produces a strong aroma when burned, apart from it being an excellent source of flavor and spice.

What makes a dirty chai good for coffee lovers is the shot of espresso in the base. The espresso shots are typically made with a dark roast to give a more intense taste that compliments the ground spices.

It works well with full fat milk, or milk alternatives, and people often choose to add syrups or flavorings to give it a sweeter taste.

A dirty chai latte can be served hot or cold and usually comes in a tall glass. The exotic flavors make it something a bit different for caffeine lovers, and most coffee shops serve it year round.

Are you ready to drink a dirty chai latte at home? Follow this recipe: 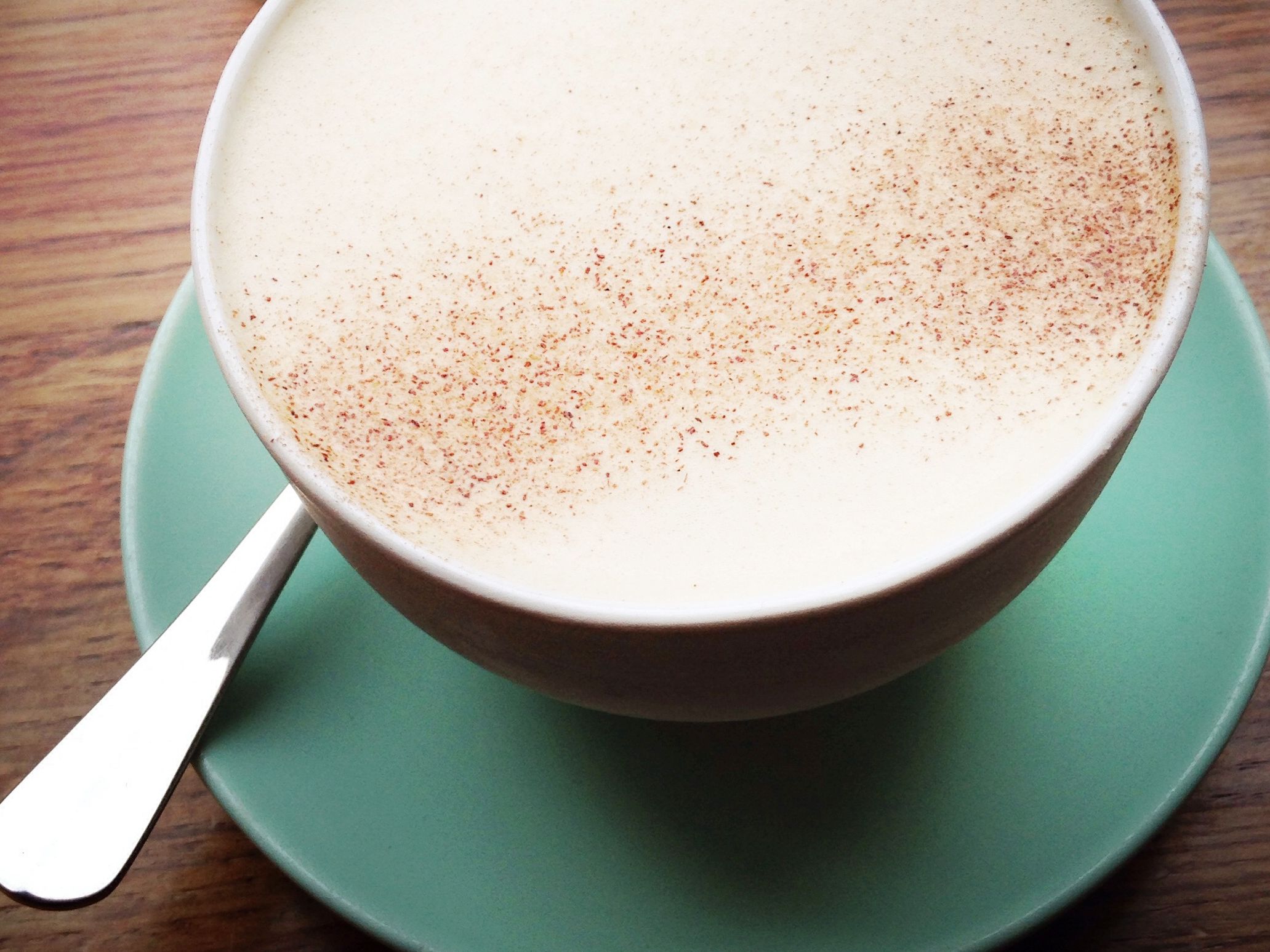 Chai teas have fewer calories than sugary drinks like hot cocoa or sodas, especially if you drink them without sugar. Using non-dairy or low-fat milk can also make it healthier. Some people argue that the espresso shot in dirty chai lattes makes them unhealthier, but only if you have a caffeine intolerance.

Does chai tea make you poop?

Yes, it can. The ginger and cinnamon found in chai teas are known to aid in digestion. This helps in passing food more quickly. This has also been found for masala tea which is made with similar ingredients.

The one or two shots of espresso in a dirty chai (red eye chai) can also make you poop, as caffeine is a known diarrhetic.

Since it’s a low-calorie drink, a chai latte is good if you’re trying to lose weight and the mix of spices can aid digestion (in a similar way to masala tea). The proteins found in the milk are also suitable for weight management. However, be sure not to add a lot of sugar or go sugar-free if you’re drinking it to lose weight.

How many shots of espresso are in a Starbucks Grande dirty chai?

A Starbucks Grande dirty chai has 2 shots of espresso in it.

No, it doesn’t. When you heat milk and add it to the dirty chai it disguises the taste of the espresso. A dirty chai tastes more like a chai latte with a little bit of kick from the espresso chai mix.

If you just want a nice cup of spicy milk, a chai latte will suffice. But if you want a boost of energy, go for the dirty espresso chai!

Hopefully you now know the difference between chai latte vs. dirty chai, and you can make a dirty chai, or regular chai, at home.