Feeding pets scraps and reusing food waste has become commonplace, but there are still some hazards. Some food can be toxic to animals, and leaving them in proximity of your cats, dogs, or even chickens can be a real risk. In this guide, we'll explore whether chickens can eat coffee grounds and what the implications might be to them.

Can Chickens Eat Coffee Grounds? (Is It Toxic To Chickens?)

Coffee grounds might seem like an appropriate food for chickens or other animals. Many people even deliberately feed their chickens caffeine to see how they react and to test whether it increases their egg laying capacity.

The reason for the harmful nature of coffee grounds is the caffeine contained within them. Caffeine is a form of methylxanthine which is present in coffee, chocolate, and tea, and is toxic to most animals, including chickens.

If your chicken consumes even a small amount of methylxanthine, it can cause issues very quickly, and the poisoning can take effect in under 30 minutes. The caffeine toxicity in chickens will usually present itself as:

Scientists have run studies to see why caffeine toxicity impacts chickens and have found that it’s because the caffeine stops calcium absorption and impacts the immune system. This, in turn, impacts their central nervous, respiratory, and circulatory systems and can cause them to shut down. Caffeine is very toxic to chickens, and even a small amount can cause death.

Some pets have a natural nose for food, and they’ll avoid eating anything which could make them sick, but in our experience, this isn't a quality that chickens have. Some chicken owners have claimed that their pet chickens will ignore coffee grounds, and they continue to use it on the soil, but the truth is there's no real way of knowing.

If you want to keep your chickens safe, you need to keep coffee grounds away from them, and that probably means avoiding using them in composting.

Coffee grounds have been proven to be a good fertilizer and can protect your soil from insects, but by leaving it on the surface, you run the risk of chickens consuming it. You should never feed your chickens coffee grounds directly and never leave it in an area where they may come across it and ingest it because even a small amount can kill them. 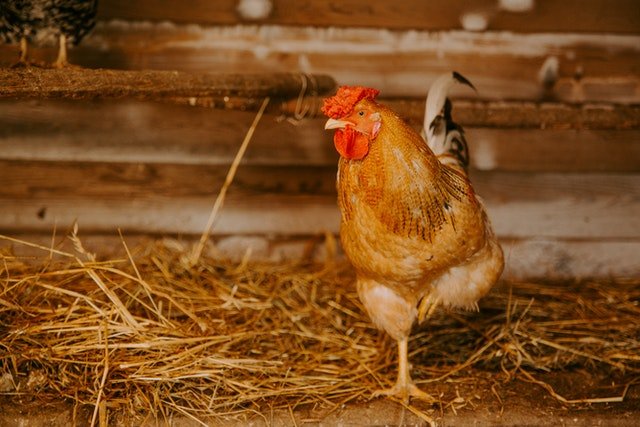 Coffee grounds may seem like a good choice for chicken coop bedding because of the texture, and coffee grounds do actually have some very positive qualities that make them well suited to the job. They will help to absorb moisture, reduce mess, and most importantly, give you a much more pleasant smell. The risk is that your chicken will ingest the coffee grounds and get caffeine poisoning.

There’s a split opinion about whether coffee grounds are safe for bedding coops. Many people believe it’s a great way to give your coffee grounds a 2nd life as a good smelling, low-cost form of bedding, but others believe it isn't worth the risk because if the chicken eats even a tiny amount, it can cause a lot of harm.

For us, the risk just isn't worth it. Chickens aren't naturally drawn to coffee grounds as food, but there's no guarantee they won't eat any. There are plenty of other inexpensive materials to use in the bedding, and we'd recommend using wood shavings, straw, hay, sand, or pine for a safer chicken coop. 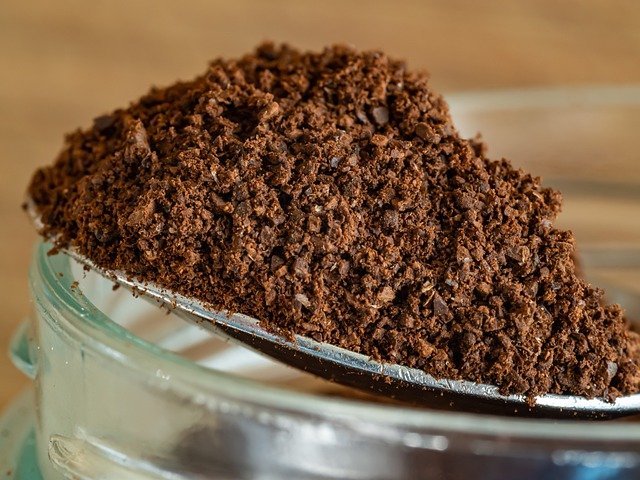 What Common Food Leftovers Are Good For Chickens?

Chickens aren’t particularly picky with what they eat, and there's a lot of leftover food you can feed them. If you pick the right scraps, you can give them a lot of healthy nutrients and help improve their overall health. This is what we'd recommend feeding them: 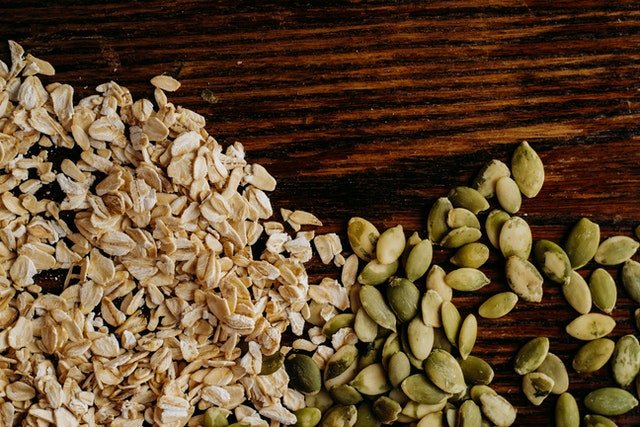 Here are some foods you should never feed your chicken:

Other More Effective Ways To Use Coffee Grounds

Coffee grounds are toxic to chickens, but that doesn't mean they can't be used in other ways. You need to make sure that your chickens can't get access to them, but if you're able to seal off part of the yard, here are a few ways to make the most of them:

Coffee grounds actually make an excellent fertilizer because they contain nitrogen, calcium, potassium, iron, magnesium, and chromium. All of these help your plants to grow and promote healthy soil. Some specific plants like blueberries and lilies, and crops like carrots and radishes, also get an extra boost from the coffee grounds.

Mix the coffee grounds with dry materials and sprinkle on top of your soil to get all of the benefits. Just make sure it’s somewhere your chickens can’t access.

If you layer coffee grounds on top of your soil, it can prevent insects and pests from getting to your plants, and the smell will also discourage some pests from even coming close. Just make sure you only use it in fenced-off areas so your chickens can't reach it.

Coffee grounds can be used in composting to help break down organic waste. By mixing it with the other composting material, you will also give it a fresher coffee smell and remove the horrible mulch odor from the area. Just make sure your compost is covered and away from animals.

Coffee grounds are actually great for cleaning stubborn stains from your pots and pans. The coarse texture of the grounds means you can use them on the dishes and scour off the stains. Just make sure you rinse it all off thoroughly afterwards.

What other foods are not safe for chicken aside from coffee grounds?

Chickens should avoid any out-of-date food, avocado skin, chocolate, raw eggs, and any coffee grounds or foods with caffeine. A full list of foods you should avoid can be found here.

Will coffee grounds kill the chicken?

Yes, if your chicken eats too many of the coffee grounds, it can kill them, and you will start to see the symptoms of caffeine poisoning within 30 minutes.

No, it can be hazardous for chickens to eat whole coffee beans.

No, dried coffee grounds shouldn’t stain the feathers or any other part of the chicken.