Many of us need that early morning caffeine fix to get through the day, and some even require an afternoon caffeine boost. Most people make this happen by sipping on a cup of coffee - or 5! - but there’s actually more than one way to consume caffeine.

Another option is to take convenient caffeine pills, which are capsules that contain a certain dosage of caffeine in milligrams. While this may not sound as appealing as a piping hot cup of joe, some people prefer caffeine pills for their convenience and ease of use.

In this comparison guide, we’ll look closely into the differences and similarities between caffeine pills vs. coffee so that you can decide which form of caffeine is right for you and your health.

What Is Caffeine? (How It Works Explained)

Before getting into the details of coffee vs. caffeine pills, it's essential to know what caffeine actually is and how it affects the body.

Caffeine is a natural stimulant that is commonly found in tea, coffee, and processed beverages like soda. It’s even found in some foods, like dark chocolate. A common assumption is that caffeine is only present in coffee drinks, but as you can see, this isn’t the case.

Caffeine interacts with the body by stimulating the brain and central nervous system to prevent tiredness and promote focus. This is why it’s often called an “energy booster" and why so many people turn to caffeine for a pick-me-up. More specifically, caffeine is structurally similar to the naturally occurring adenosine neurotransmitter contained within all human cells.

Adenosine works to suppress the central nervous system, slowing things down when it’s time to unwind for the day. When caffeine is consumed, it has the power to bind with adenosine neurotransmitters and inhibit their ability to induce drowsiness. By blocking adenosine, caffeine is actually able to increase cell function, which in turn can boost concentration and focus. 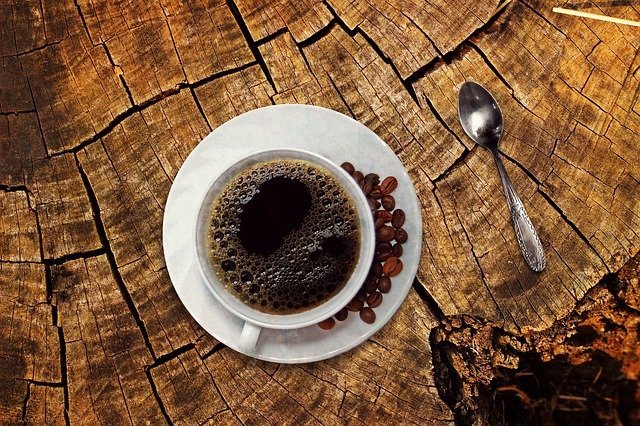 Caffeine pills are exactly as they sound; they’re small pills/capsules containing an exact dose of caffeine. Because they’re convenient and discreet, caffeine pills are a very popular method for boosting energy and improving focus and concentration.

So how much caffeine do caffeine pills actually contain? Well, it depends on the pills you’ve chosen, but generally, they contain between 100 and 200 milligrams of caffeine per pill. This is more than an average cup of coffee, but not quite as much as some energy drinks, like Monster or Red Bull. 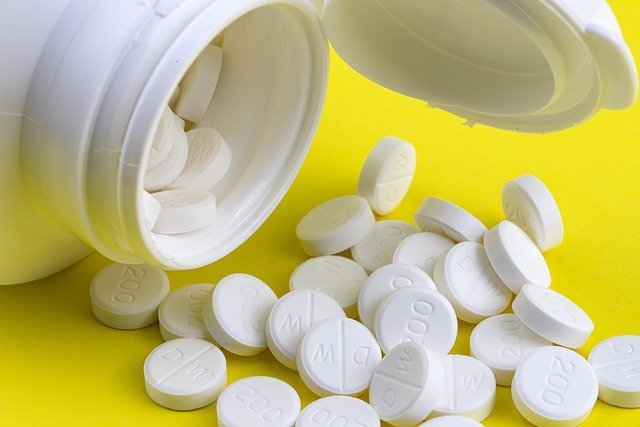 There is a lot of debate on whether or not caffeine is healthy and considered safe. Unfortunately, the answer isn't straightforward; although caffeine has some specific health benefits, it’s all about moderation, and consuming too much can have some negative side effects.

In terms of health benefits, caffeine pills can help increase focus and memory, improve athletic performance, relieve headaches and migraines, and even reduce symptoms of Parkinson's Disease. For general use, they’re great for boosting energy and focus.

Many sources say that they’re safe to use, but exceeding the recommended daily dosage can have some adverse side effects. These include increased anxiety and nervousness, dizziness, rapid heart rate, high blood pressure, and shakiness. To avoid these symptoms, just be sure to stick to the recommended dosage, and also take into account if you’re consuming additional forms of caffeine (like coffee).

While caffeine pills can have a lot of benefits to health, they also come with some disadvantages:

Using coffee as a caffeine source is extremely common, and a 2020 report found that “7 in 10 Americans drink coffee every week; 62% drink coffee every day.” The widespread popularity of coffee isn't just a coincidence; consuming coffee is enjoyable - not to mention delicious! - way to get caffeine into your system.

The amount of caffeine in a cup of coffee varies depending on the type of bean and the brewing method used. In a brewed 12-ounce cup, there’s usually between 80 to 100 milligrams of caffeine. Of course, this doesn’t apply to decaf coffee, only to standard coffee beans. 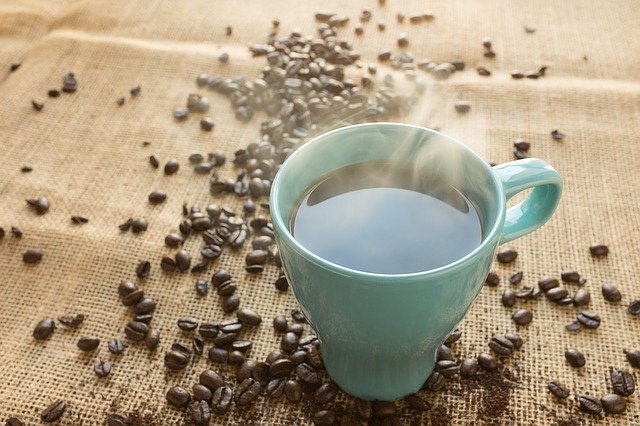 Similar to caffeine pills, the caffeine contained within coffee comes with some health advantages. As long as you stick to the right amount, drinking coffee is beneficial for several reasons, like the fact that

“drinking one to two cups of coffee a day may help ward off heart failure when a weakened heart has difficulty pumping enough blood to the body.”

In addition to strengthening the heart, coffee promotes a longer life, it can lower the risk of stroke, it can reduce the chances of developing Parkinson's, and it helps the liver to function more effectively.

Just as there are both pros and cons to taking caffeine pills, the same goes for drinking coffee:

Differences Between Caffeine Pills Vs Coffee (Which Is Best For You?)

The main difference between coffee and caffeine pills is that one is consumed in beverage form, and the other is in a capsule. However, there are a few more differences, and each one is described below:

Caffeine, in general, can raise the acidity in your stomach and cause heartburn and indigestion. Not everyone is affected by this, but if you have a sensitive stomach, you could be. The benefit of taking caffeine pills is that many of them include an ingredient called L-theanine, which can offset caffeine’s negative side effects.

There’s no denying that drinking coffee is a far more enjoyable way to consume caffeine. Coffee is delicious, while caffeine pills typically have no flavor. That being said, watch out for coffee beverages that are high in fat and sugar; if you want the biggest boost in health from your coffee, it’s best to drink it black.

If you want to experience the effects of caffeine as soon as possible, the better option is to take a caffeine pill. Swallowing a small pill that contains 100-200mg caffeine can be done a lot faster than drinking a full cup of coffee, so the caffeine is able to enter your system more quickly.

Caffeine pills are small and discreet, so you can bring them with you anywhere. While it’s also extremely easy to access coffee, it’s not nearly as portable, or for that matter, convenient. 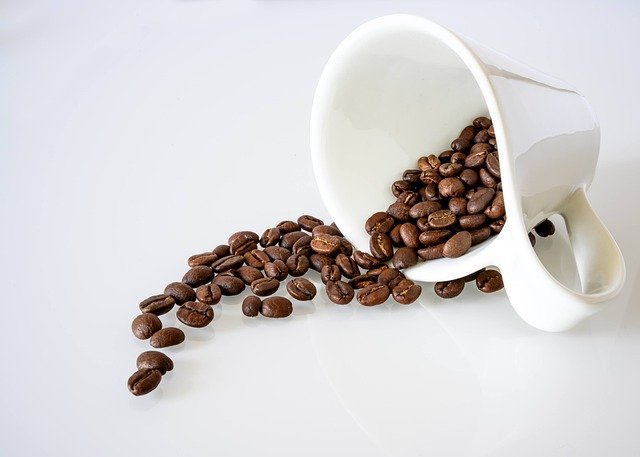 Does caffeine affect your sleep cycles?

When it comes to caffeine and sleep, Sleep Education says that

“caffeine can have a disruptive effect on your sleep. The most obvious effect of the stimulant is that it can make it hard for you to fall asleep...Caffeine also can reduce the amount of deep sleep that you enjoy.”

To avoid negative effects on your sleep cycle, it’s best to consume caffeine earlier in the day and try not to go overboard with your caffeine pill or coffee consumption.

How long will a 200 mg caffeine pill last?

It depends. Every person reacts to caffeine differently, so while the effects might only last for 2 hours in one individual, they could stick around for as long as 6 hours in another.

Yes, caffeine pills have the potential to promote weight loss. However, Mayo Clinic says that

Can you mix caffeine with alcohol?

There are some risks of mixing alcohol and caffeine, and the CDC says that

“when alcohol is mixed with caffeine, the caffeine can mask the depressant effects of alcohol, making drinkers feel more alert than they would otherwise. As a result, they may drink more alcohol and become more impaired than they realize, increasing the risk of alcohol-attributable harms.”

The decision to consume a caffeine pill vs. coffee is entirely up to you. Both come with a set of health benefits and can help to improve focus, boost energy, and get you through the day. However, consuming too much can have some negative side effects, like increased heart rate or feelings of anxiety.

No matter which one you chose, make sure to stick to the recommended dosage, which according to the FDA, is less than 400 milligrams per day.