Many foods contain naturally occurring caffeine, and chocolate is one of them.

But does that mean when you go to coffee shops you can just ask for chocolate instead of coffee to get that much needed caffeine boost?

Find out here in this complete guide on how much caffeine is in chocolate vs coffee, as well as some pros and cons for both coffee and chocolate.

Now that we’ve covered all the basics of caffeine in chocolate compared to brewed coffee, let’s do a full recap on the effects of the caffeine contained within each.

In the table below, not only will we cover the caffeine content but also the potential side effects that come along with both brewed coffee and chocolate.

Before getting into the facts on caffeine content, let’s talk chocolate.

Chocolate is a food product that is made from cacao pods that have been roasted and ground. The cocoa butter is extracted from the cocoa beans and used by chocolate makers to produce the chocolate we all know and love.

It is available in many forms, including solid, liquid, and paste. As you probably already know, there are several different types of solid chocolate bar, including regular dark chocolate, milk based chocolate, and white chocolate.

When comparing caffeine in chocolate vs. coffee, chocolate doesn’t quite match up (we’ll cover the details on the caffeine content of coffee later on).

However, 34 milligrams of caffeine is enough caffeine consumption to give some people a slight increase in energy, so don’t underestimate the energizing powers of a milk chocolate bar.

You do also get some speciality cacao bean based chocolate products - like a chocolate liquor, cocoa butter, or chocolate covered espresso beans. These don't tend to have the most caffeine, but it's worth checking each individual product to know for sure. 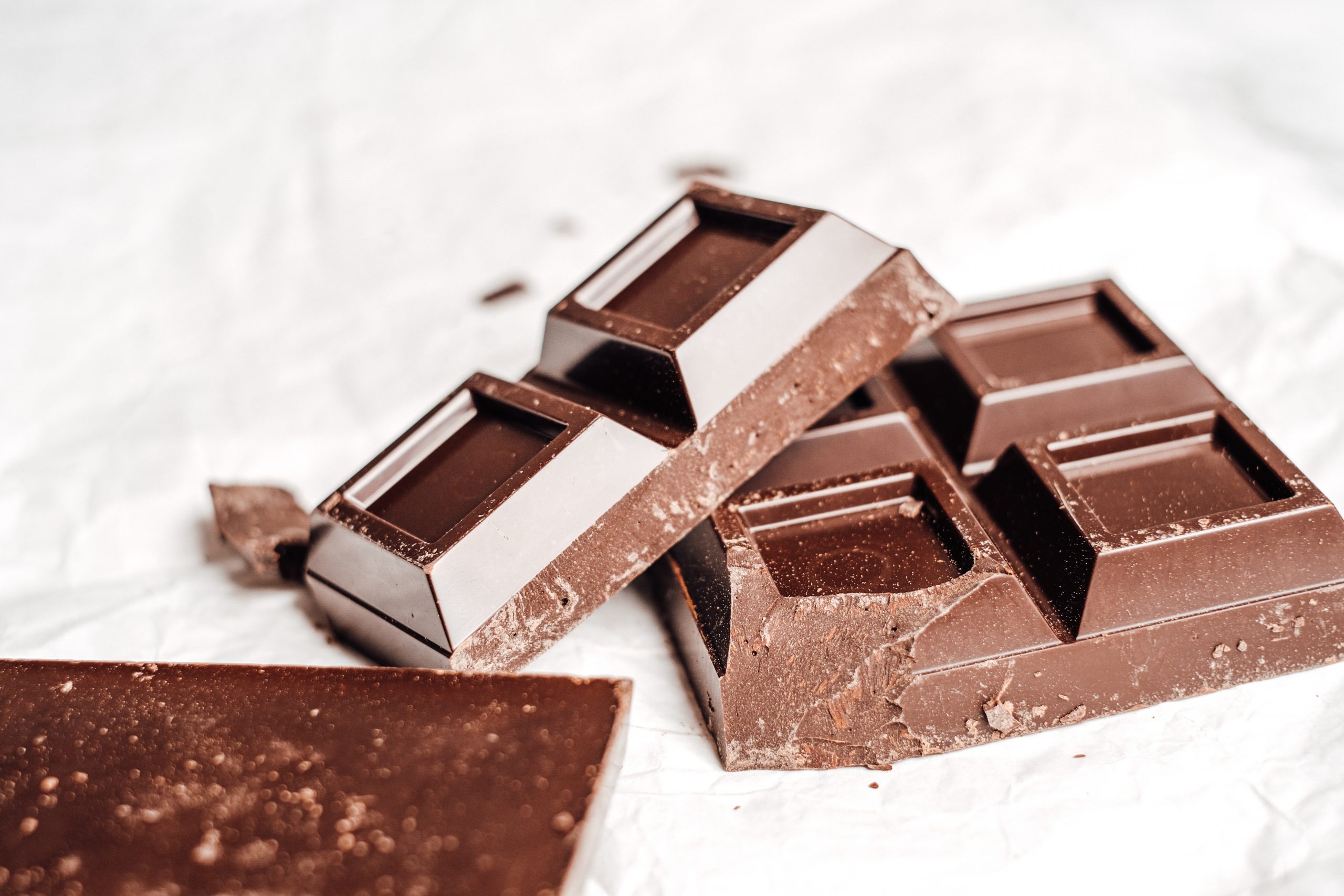 How Much Caffeine Is In Hot Chocolate?

This popular order in coffee shops is typically made by mixing either water or milk with a dried chocolate powder (usually dark chocolate based) and cocoa powder on top. This mix of ingredients affects the caffeine content.

So, when comparing the amount of caffeine in a cup of hot chocolate vs. coffee it's clear to see that coffee beans provide a lot more caffeine. That being said, it is possible to increase the caffeine content in your hot cocoa by using real, solid milk chocolate to make the beverage. 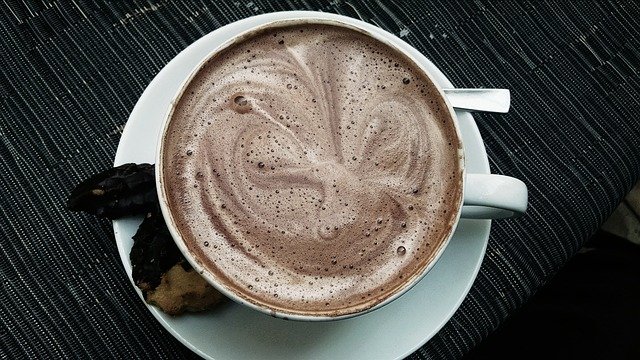 Many people use coffee as their main source of caffeine, and why wouldn’t they? It’s delicious, healthy (more on that next), and a great way to get the day started. Best of all, coffee is one of the most energy-boosting substances out there.

The amount of caffeine in your coffee depends on a few things, like the roast type, brewing method, and serving size.

If you were to brew a standard cup of coffee with a traditional coffee machine, then you’re looking at about 95 milligrams of caffeine per 8-ounce cup.  This means that 1 serving of coffee has significantly more than 1 serving of solid milk chocolate.

There are, however, differences in the caffeine content for different types of coffee. Here’s a quick breakdown of the caffeine in coffee types: 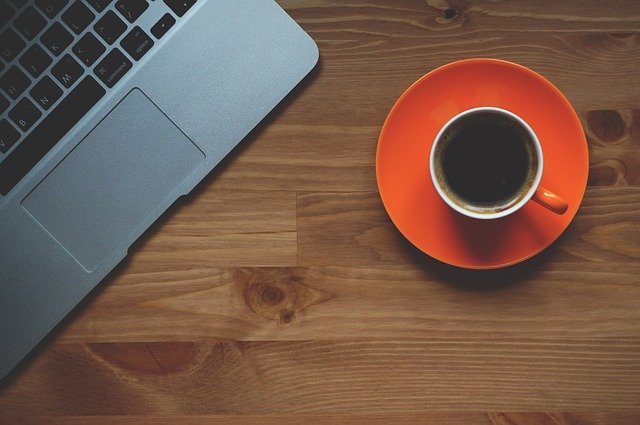 Pros & Cons Of Drinking Coffee For An Energy Boost

In addition to giving you a boost of energy, there are several surprising health benefits for coffee drinkers, but there are also some drawbacks.[3] Here are the pros and cons that come along with drinking coffee regularly:

FAQs About Caffeine In Chocolate & Coffee

How much caffeine is in hot chocolate vs. decaf coffee?

Decaf coffee can have anywhere between 2 and 12mg of caffeine, while a cup of hot chocolate has 5mg. However, if it's made with real milk chocolate rather than a dehydrated powder, then the amount of caffeine could be more like 35mg.

How much caffeine is in chocolate-covered coffee beans?

According to the USDA, a 1-ounce serving of chocolate-covered coffee beans contains as much as 227mg caffeine. However, this depends on the type of bean that is used; some manufacturers make them with decaffeinated beans, so in that case, the amount of caffeine would be a lot lower.[3]

How much is considered too much coffee?

Every individual has a different tolerance for coffee, but the general rule of thumb is to try and limit yourself to 400mg caffeine per day or less. So if you’re drinking regular coffee that has about 95mg caffeine per cup, you should have no more than 4 cups of coffee per day.

How do hot chocolate and Red Bull compare?

In our guide on Red Bull vs. coffee, we found that Red Bull has over 110mg of caffeine per can. Compared to hot chocolate, which typically has about 5mg caffeine unless made with real milk chocolate, Red Bull is much more caffeinated.

When you compare the caffeine in chocolate vs coffee there's a clear winner - coffee. So if you're looking for an energy boost you're going to get more caffeine from a cup of coffee.

However, many studies say that chocolate (particularly dark chocolate) in moderation is good for health, so feel free to go ahead and indulge in a sweet treat occasionally.[4]