If you love preparing coffee, learning about the different brewing methods can help you find the best one, but it shouldn’t stop there!Apart from different methods, the materials of the brewing device can also affect the coffee you produce.For Moka pot lovers, one common dilemma is choosing between a stainless steel Moka pot and an … Read more

Instance 1 It’s becoming increasingly popular to save a few bucks and make coffee at home, but which brewing method will give you the best results? There are lots of ways of brewing coffee at home, but two of the most popular are pour over and French press. In this guide we’ll explain the advantages and … Read more

There are lots of factors that go into brewing the perfect cup of coffee. Contrary to popular belief, it’s not just about the quality of coffee grounds you’re using.Something as simple as the filter you choose can greatly impact taste and consistency, especially when it comes to the filter bleaching processes. While some coffee drinkers … Read more

Are you someone that enjoys drinking filtered coffee? If so, you may be wondering about the differences between a cone vs flat bottom coffee filter.  Perhaps it’s about the coffee flavor, or maybe it’s the extraction time. Whatever the query, we’ll provide you with everything you need to know in this guide.  Flat Bottom Coffee Filters Vs … Read more

Grind size is just as important as choosing the brewing method, water temperature, and type of beans, even when you’re using a Moka pot. If you don’t get the grind size right it can ruin the flavor and leave you with an awful coffee. Read this guide to find out the right Moka Pot grind size and … Read more

Looking to save money and make coffee yourself at home? You’re probably considering either an AeroPress or Moka pot then. Both AeroPresses and Moka pots make great coffee and are super simple to use. However, the devices are quite different, and the coffee they produce has a very different taste – so it’s important you get … Read more

Brewing coffee at home is an essential habit for anyone working from home because we all need that extra energy boost in the mornings. You can make your morning coffee with either a Keurig machine or a French press.  We’ll look at the French press vs. Keurig similarities and key differences in this guide. That way, … Read more

Coffee is a timeless favorite when it comes to beverages. It transcends borders thanks to its unique flavors. While there are virtually endless varieties of coffee drinks out there, the French press and cold brew are two of the most popular.  If you want to learn all about the French press vs. cold brew, don’t go … Read more

Out of coffee filters? We’ve all been caught short in the morning and it’s always when we really need a caffeine boost! Luckily, there are a few different things you can use as coffee filter alternatives, and many of them are probably in your kitchen pantry already. Keep reading this guide to learn about the best … Read more

K-cups and coffee pods are small containers with coffee grounds designed to produce one cup of fresh coffee at a time.

If you've just got a new coffee maker you might be wondering what the difference is between a K-cup and coffee pod, and which you should be using.

Well, don't worry, because in this guide we'll give the full coffee pods vs K-cups breakdown and help you understand which is best for you.

Coffee pods and K-cups are very convenient to make a single serving of coffee. They both work in single serve coffee machines, offering an effective alternative to instant or drip coffee and something a lot easier than your standard espresso machine.

The concept of the K-cup and coffee pod is very similar, and they both have ground coffee, and some kind of filter. They're inserted into a pod brewer or coffee maker and hot water is then passed through them to brew coffee.

However, that is where the similarities end between pods and K-cups, and there are key differences in flavor, price, and variety.

If you're a coffee lover you really need to know the difference, so let's take a closer look:

More people tend to use single coffee brewers like K-cups rather than coffee pods in North America. Keurig, Cuisinart, Hamilton Beach, and many other top brands make K-cup compatible brewers.

There are also more available flavors of K-cups, including hot chocolate and tea, which can easily be found in stores.

On the other hand, coffee pods are much cheaper than K-cups, but they are both more expensive compared to buying ground coffee.

Versatility - Which Coffee Makers Do They Work In?

When it comes to K-cups vs coffee pods you need to make sure you're choosing the right one for your machine.

A K-cup can only be used in Keurig machines. The plastic cups containing the coffee groups and filter paper won't fit in other branded machines, and won't brew coffee properly in them.

A coffee pod can often be used in multiple coffee makers, but it depends on the brand. Certain coffee pod manufacturers only make coffee pods for their own machines, but some are universal, giving you greater versatility.

It will come down to your own personal preference when you want to choose between coffee pods and K-cups.

However, the majority of coffee lovers tend to agree that coffee pods produce superior coffee.

The key difference here between coffee pods and K-cups is that coffee pods use a paper filter instead of a plastic cup. This means that you will get a better extraction with a coffee pod, and a richer aroma during the brewing process. 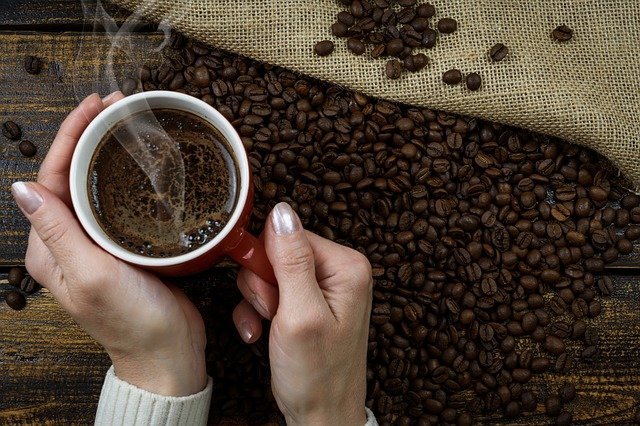 Coffee pods are far more environmentally than K-cups due to the fact that they are easily compostable.

The K-cup is plastic, which means that they are difficult to recycle once you take them out of the coffee maker, and K-cups are present in many landfills.

Both K-cups and coffee pods are easy to use by design, though they both require a specific coffee maker or pod brewer.

K-cups can be a little bit easier to clean because you can lift them out of the machine without getting messy. However, it will depend on your brewing system.

What Exactly Is a K Cup?

Keurig Green Mountain trademarked K-cups. However, Keurig partnered with other brands such as Starbucks, Gevalia, and Folgers (and a long list of others) to develop K-cups of their own type of flavors and roasts.

The first K-cup was created by John Sylvan in the year 1992. Sylvan wanted to invent a single-serve coffee machine that could be used by people who work in offices keep coffee fresh, and to avoid sharing a pot of coffee that could grow stale and unpalatable quickly. Sylvan succeeded with his invention, and Green Mountain Coffee Roasters were the first to offer coffee to people in a K-cup. 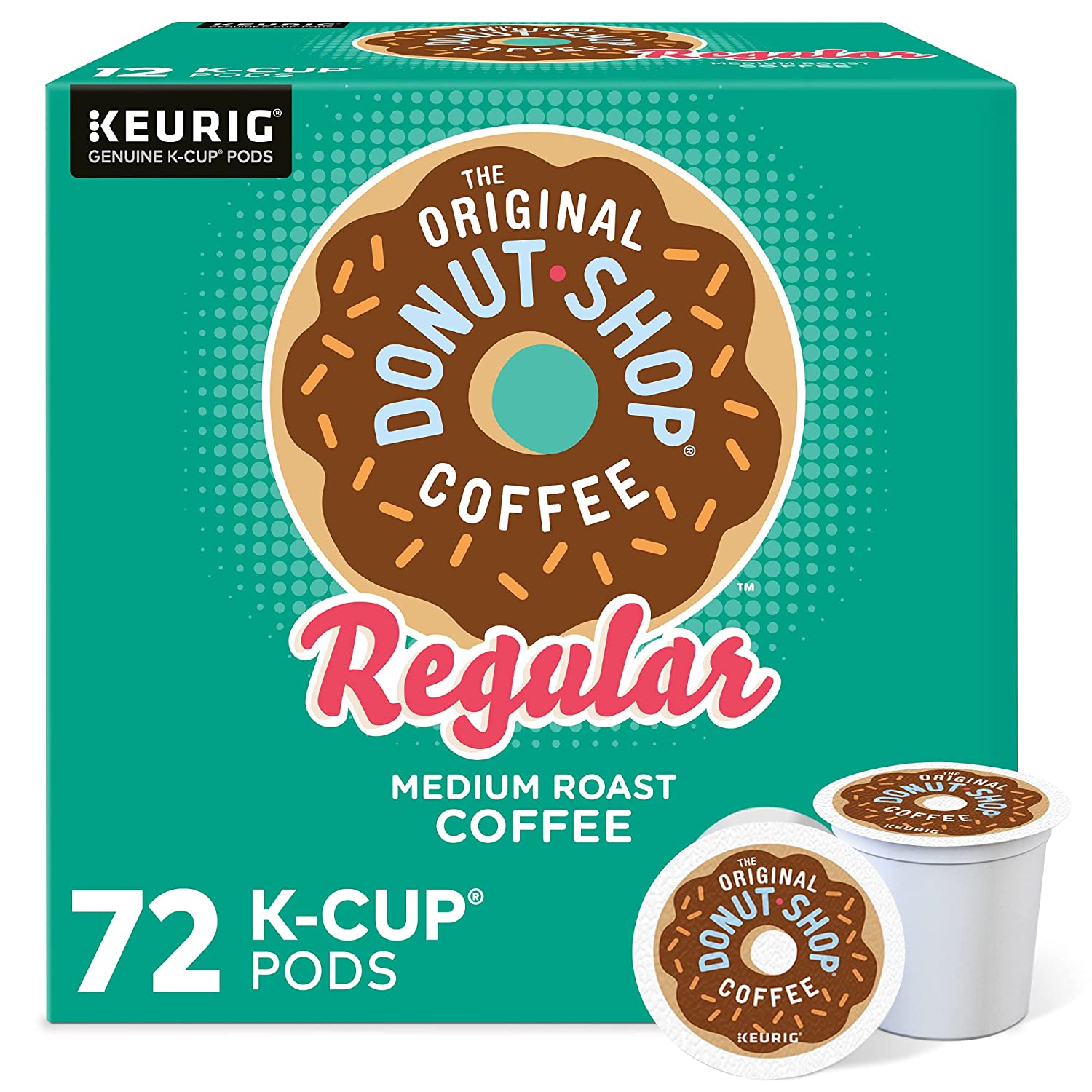 Many other brands followed in their footsteps to create their own version of K-cups and coffee pods, and now there are hundreds of coffee varieties available on the market. There are even non-coffee options in a K-cup, such as hot chocolate, lemonade, tea, and soup.

K-cups offer a convenient way to brew coffee and are mass-produced internationally. However, they still have their pros and cons, such as:

What Exactly Are Coffee Pods? 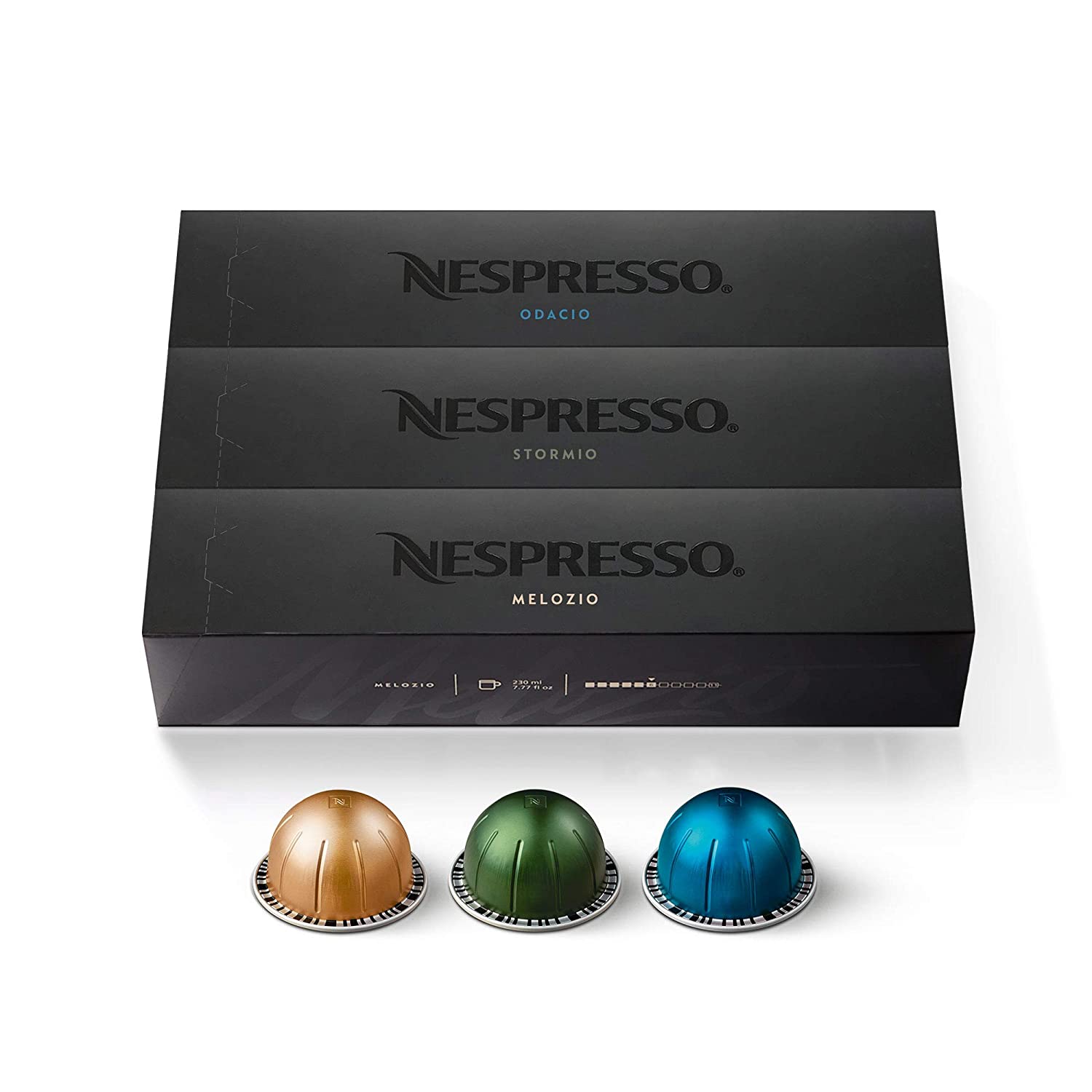 It might look like Keurig dominates the coffee industry to most Americans, but Nespresso is credited for developing the first coffee brewing system that uses coffee pods in the year 1976. In other words, coffee pods were available long before K-cups were invented in the year 1992.

The question is that if coffee pods have existed for longer, then why are they not more popular? The answer comes down to their manufacturing. Every company that created a single-serve coffee machine developed its own coffee pods, and there was no way to interchange them. The coffee pods were invented for a specific machine.

Over time, some new coffee pods have been produced which are universal and can be used in several machines. This isn't always clear though, so you need to check the packaging carefully.

The most common coffee pods available tend to include:

How much do Nespresso pods cost?

The average price of a Nespresso pod is about 70 cents per unit.

Which is cheaper, K cups or ground coffee?

The New York Times mathematicians calculated that K-cups are priced at roughly $50 per pound, compared to a ground coffee bag of Starbucks house blend that costs $11.95 per pound.

Can coffee pods be used without a machine?

Yes! However, the process requires a little more preparation. You will need to prepare the following:

To make coffee pods without a machine, you will need to follow these instructions:

Can you use the K cup twice?

K-cups are made to be used one time only; then it needs to be thrown away.

Can you use any coffee pods twice?

Nespresso pods are designed for single use only. However, some people claim you can use a Nespresso pod twice, but the second shot will be more watered down.

When it comes to K-cup vs coffee pods there's no clear winner.

K-cup pods give you a fresh coffee every time with lots of flavors to choose from. However, the plastic cup and paper filter aren't biodegradable and you need a Keurig machine to use a K-pod.

A coffee pod is more affordable and versatile. There's a greater variety of brands offering coffee pods, and they're more eco-friendly.

A K-cup or coffee pod will work as a convenient single serve coffee option, it all depends on your coffee machine, budget, and flavor preferences.