A simple shot of espresso can create a lot of different coffee drinks. Most coffee lovers can distinguish between a mocha vs latte, but have you heard of breve coffee before?

A breve coffee is similar to other milky coffees, but only a few people can tell breve vs latte apart. Latte has always been one of the go-to coffee drinks of many, but if you're not from America you probably don't know the difference.

Page Contents hide
Breve Vs Latte: What’s The Difference Between The Two?
1. Ingredients
2. Taste
3. Nutrition & Calories
4. Preparation Time & Method
5. Caffeine
6. Milk and Foam Content
7. Variety
The Basics of a Caffè Breve: What Is It?
The Basics of a Latte: What Is It?
How To Make A Breve Latte: Step-By-Step From A Starbucks Barista
Breve and Latte FAQs
Conclusion

Breve Vs Latte: What’s The Difference Between The Two?

Breve and latte are similar drinks. However, there are technical differences between these two. Here are some of them:

The main difference between these two espresso based drink options is the milk used.

The ingredients for a cafe breve and traditional latte are extremely similar but the breve recipe includes half and half instead of milk. This is what alters the taste and separates these two similar espresso drinks.

When you're choosing your espresso drink you need to consider the taste, because ultimately it comes down to your personal preferences.

Lattes and breves are both smooth and delicious, but a breve coffee is made with half and half (which is literally half cream) so it's richer and creamier than a latte.

There are several factors which will impact the taste of a breve coffee or traditional latte espresso:

The volume of milk or half and half milk. If more milk is added or whole milk is used, the drink will have a creamier taste. If you put less milk in it, it will have a more coffee-like taste, similar to a cappuccino. This milk makes more of a different to a latte more than breve coffee, but it's similar in both.

The amount of espresso made from the finely ground coffee beans will also impact the taste. A single or double shot is standard, but if you add more it will give a stronger espresso taste which is less disguised by the milk.

For the best breve and latte you should use a fine grind of coffee beans and preferably a dark roast.

There is always a debate over the healthiness of different coffee drinks. French press coffee has developed a bad press in recent years because of the potential impact on cholesterol, and other coffee drinks are being criticised because of the calorie content.

The breve coffee recipe means that they have more calories than a latte. A regular breve coffee has 300-350 calories, whereas a latte has 150-200 calories.

The difference in calories comes down to the breve using half and half instead of whole milk. Whole milk has a 3.25% fat content, while half and half usually has 10-18%. The higher fat content means a breve contains a lot more calories, so lattes are definitely a healthier option.

The other thing to watch out for when it comes to nutrition and calories is extra sugar. Both breve and latte drinks work really well with syrups and flavors, but all of these contain sugar and calories. If your goal is to have fewer calories then you should definitely keep track of what you put in your drink.

Both breve and latte drinks are generally made using a traditional espresso machine.

The method is extremely similar and the prep time is basically identical for the two drinks, the only difference is the half and half used instead of whole milk for the steamed and frothed milk layers.

It only takes a few minutes to make a latte or breve and you need the same equipment for both:

A true coffee lover wants to know just how much of a caffeine kick they're going to get from their espresso drink.

A classic latte will have about the same amount of caffeine as a breve espresso - around 80-120mg.

This is the same amount of caffeine as you would get in a double espresso, the bitterness is just disguised by the milk. Neither drink has a particularly strong coffee flavor, but a latte tends to have a stronger taste than a breve espresso because of the regular milk used.

Milk and espresso are key components in all modern espresso drinks, but the amount and ratios are all slightly different. A cafe con leche only has a small amount of milk and is much more coffee focused, whereas a breve and latte both have a large amount of milk.

A breve and latte are both made with 1/3 espresso shots, 2/3 steamed milk product, and a small later of milk foam (usually around 1cm).

The only real difference is that a breve contains half and half instead of normal milk, so it has more of a rich foam than a regular latte.

Both of these creamy drink options are great for latte art and baristas love to make their mark on the foamy top layer.

Coffee remains so popular today because you can incorporate different flavors to make it your own.

A breve and a latte can be served with a variety of extras to give a distinct difference in coffee flavor, but it's much less common with a breve coffee because it's already quite rich.

While  breve works well with syrups and flavors, you can't really customise the milk content because the half and half really makes the drink. So the cafe breve is an espresso drink typically served without additions. 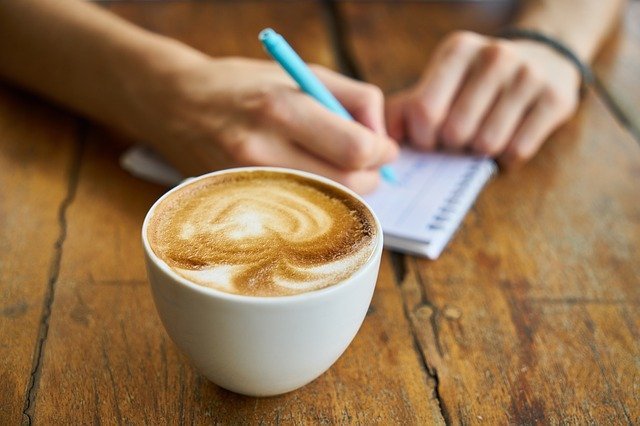 The Basics of a Caffè Breve: What Is It?

A breve, also known as caffè breve or breve latte, is a milk and espresso-based coffee beverage. This drink uses a single shot or two of espresso combined with steamed half-and-half instead of milk.

For non-American coffee drinkers who are not familiar with half-and-half, it is made with half whole cream and half heavy cream. It is usually used when you need something richer than milk but not as thick as cream.

You can buy this mixture in a bottle or carton, but you can easily make one at home by using equal parts of cream and milk.

The word breve is also an Italian word for “short.” But it doesn’t mean that breve always comes in a small cappuccino cup. Every coffee shop will do this drink slightly differently.

Breve is an American invention. This drink is America’s adaptation of the Italian classic caffe latte.

Because of the creaminess of caffè breve, most people love drinking this beverage in the evening, a sort of desert-type love affair.

How To Order A Breve

At most coffee shops, when you ask for a breve, you will get what precisely this drink is - a shot of espresso with steamed half-and-half milk.

However, when you order breve at Starbucks, you will often get a cup of steamed half-and-half with no espresso in it. Because at this chain, breve isn’t a drink but a half-and-half itself.

That’s why when you order this drink at Starbucks, make sure you specify that you want the Starbucks Breve Latte to avoid confusion with your order. 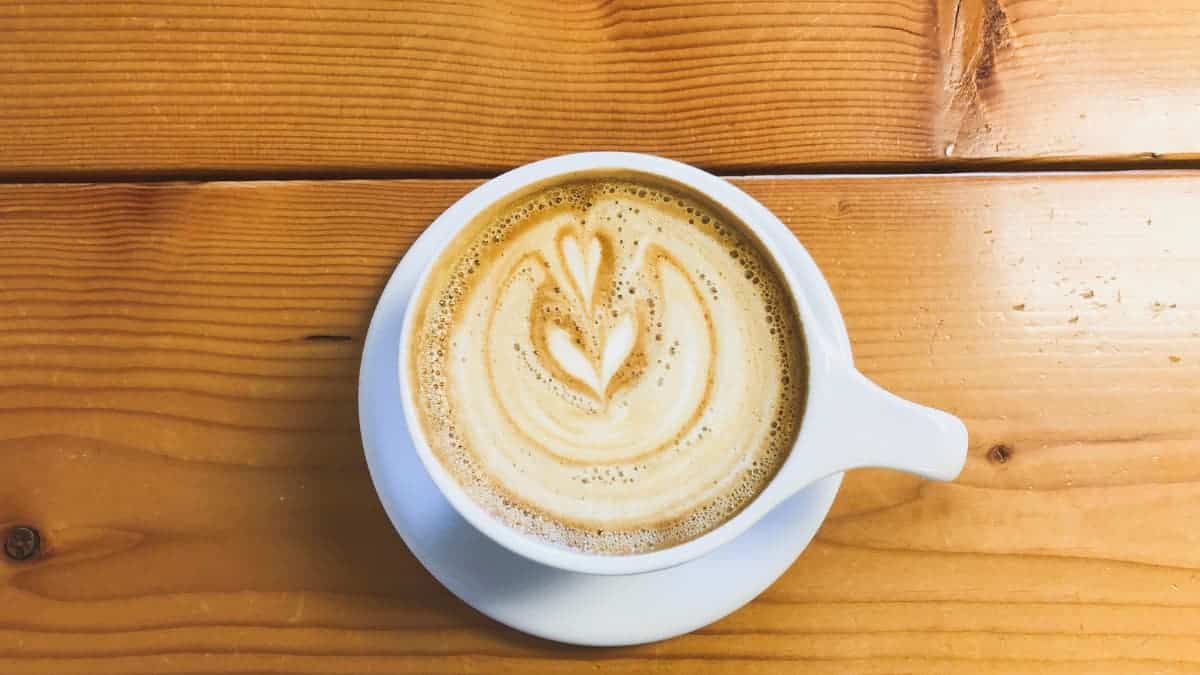 The Basics of a Latte: What Is It?

A latte, also known as caffe latte, is an espresso-based coffee drink that boasts a smooth layer of foam as the highlight of the beverage. A latte is made up of one or two shots of espresso, steamed milk, and a thin layer of frothed milk on top.

Combining all of these elements results in a perfectly balanced milky coffee that looks aesthetically pleasing, with an irresistible smooth texture.

For centuries, people have been mixing coffee with milk, making it difficult to trace the origins of latte. However, this espresso-based beverage is thought to originate in America, hitting the peak of its popularity during the 90s in Seattle.

However, some say this drink was first found in Italy only in places with predominantly American tourists. Some people believed that latte was developed for Americans because the traditional cappuccino was too strong for their taste, so more milk was added to the drink.

Whatever the history, it's the American version which is typically served in almost every coffee shop today and remains one of the post popular coffee drinks in the world.

How To Order Latte

Ordering a latte is pretty straightforward as this drink is popular even to non-coffee enthusiasts.

Since many people have other dietary needs or are lactose intolerant, some coffee shops offer alternatives to regular steamed milk to cater to their needs. This is why you can order a latte with almond milk, soy milk, or even coconut milk in some places.

A traditional latte is made with an espresso machine and served hot, but you can also order an iced latte from your local coffee shop. It's still made with espresso (one to two shots), but uses cold milk which makes it a refreshing summer beverage.

It's still slightly sweet, but you can definitely taste the espresso more because there's less milk foam.

If you are one of those people with special dietary needs, make sure to indicate the type of milk you want for your latte so you won’t be given a drink with dairy in it. 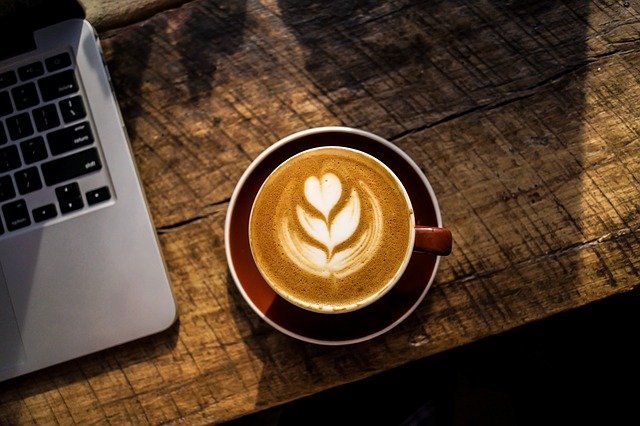 How To Make A Breve Latte: Step-By-Step From A Starbucks Barista

If you’d like to try a breve latte at home in your own kitchen, follow these guidelines from a Starbucks barista: 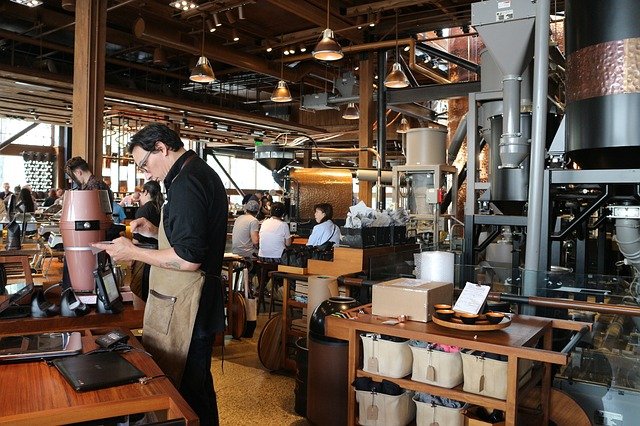 What is the difference between a breve, a latte, and a mocha?

All of the drinks rely on the same two ingredients; espresso and milk. However, a caffe breve uses half-and-half for its milk component, while latte uses a large amount of whole milk. On the other hand, Mocha also uses whole milk as a latte, but it has chocolate syrup, which latte and breve don’t have.

What is the difference between a breve vs Dutch Bros latte?

Dutch Bros latte is simply Dutch Bros' version of a latte, and the two drinks are similar. Its difference to a caffè breve is the same as every other latte, the milk component. Caffe breve uses half-and-half, while Dutch Bros latte uses whole milk.

Yes, a caffè breve is an espresso drink served hot and cold, and Starbucks make a great iced breve latte. However, you have to specifically tell them that you’re ordering a breve latte, not a breve, because, at Starbucks, breve means half-and-half and not the actual espresso-based drink.

Can you make a breve drink with a Nespresso?

Yes, you can. Many different types of coffee drink are made in the Nespresso, and all you need to do is replace the milk in your espresso drink with half-and-half.

Breves and lattes are similar drinks; both are made with espresso, have steamed dairy, and foam on top. The key difference between a caffè breve vs latte espresso is that a breve uses half and half instead of milk.

The espresso and half and half makes the caffè breve a much creamier coffee drink than a latte, and it's better suited for those who like a rich espresso based drink.

Hopefully you now the key differences of a caffè breve vs latte and you know what you want to order next.