Coffee lovers know that there isn’t just one type of coffee bean. In fact, there are four types of beans available, but only two of them are widely produced and used.

These beans are Arabica and Robusta. Unfortunately, not many people can tell them apart, and often, they don’t really have a preference between the two.

If you’re interested to know what Arabica vs. Robusta is, this guide will help you understand what these two beans are and how they differ from one another.

Arabica Vs Robusta: What’s The Difference?

It’s no surprise that coffee enthusiasts know the words Robusta bean and Arabica bean. However, not everyone knows what makes them distinct from one another.

They are similar in how they’re harvested, roasted, and brewed, but these are their only similarities. Below are the things that set them apart:

Many individuals claim that Robusta beans produce an oatmeal-like taste, in between neutral and harsh when used in a coffee blend.

Before roasting, the beans smell like raw peanuts. Compared to the coffee Arabica plant, this type of bean produces a stronger, more harsh flavor, making them good for espresso coffee blends or a dark roast ground coffee.

On the other hand, the coffee Arabica plant has an extensive flavor range, depending on the variety. The flavors these beans produce go from sweet-soft to sharp-tangy.

Unroasted Arabica beans smell like blueberries. When roasted, they create a perfume-like smell with fruit notes and sugar tones.

It really comes down to personal taste buds and what you prefer when it comes to your morning cup of joe.

Robusta beans produce approximately twice the caffeine of Arabica beans. On average, Robusta has around 2.7% caffeine content, compared to Arabica, which has 1.5%.

This is because the Robusta plant contains more natural caffeine, which is passed down to the coffee beans we drink.

This caffeine content is also what makes this type of bean great for instant coffee since it provides a boost of energy. But unfortunately, it’s not good for flavor, which isn’t ideal for artisan standards.

If you prefer a delicious cup of coffee over higher caffeine content, go for Arabica beans. But if you’re looking for that kick in your cup, Robusta is your best bet since it typically has twice as much caffeine.

Lipids and sugar have a direct effect on how coffee would taste. They enhance the flavor, so if the beans have higher lipid and sugar content, the more flavorful the coffee cup will produce.

Lipids are molecules that mainly make up fats. These molecules add a creamier texture to the coffee. Apart from enhancing the flavor, the sugar content is also responsible for the aroma of the coffee.

These elements play an integral role in the roasting process, which creates several aromatic compounds and contributes to the body because of the greater level of dissolved solubles.

Arabica beans have almost 60% more lipids and twice the concentration of sugars compared to Robusta.

As a result, it produces a favorable taste. On the other hand, Robusta doesn’t contain high lipids and sugars as Arabica.

Because of this, plus its high caffeine content, it produces a slightly bitter taste. However, it has enough lipid count, which is why it can create a delicious crema, especially if you make espresso correctly.

When it comes to citric and phosphoric acids, Arabica is more acidic than Robusta. The acidity gives Arabica its sweet and fruity flavor.

However, if you suffer from acid reflux, Arabica coffee may not be ideal for you.

On the other hand, chlorogenic acids contribute to the overall acidity of coffee beans without contributing to the sweet flavor. This type of acid differs from other acids found in coffee beans because it isn't resistant to heat.

Therefore, during the roasting process, they don't affect the overall flavor of the coffee too much.

At the same time, chlorogenic acids repel insects because of their bitterness. Since the coffea Arabica plant contains only small amounts of this acid, the plant is more vulnerable to insects.

However, Robusta plants have high amounts of chlorogenic acids, which makes them produce bitter beans.

There are no significant differences in health benefits between the two coffee beans. This means that studies made to determine the health benefits of coffee aren't directly correlated to the type of beans.

However, if you are suffering from acid reflux, ulcer, or other disorders that require you to avoid acidic food and drinks, you should consider drinking Robusta instead of Arabica.

The cultivation of any crop is essential to its production. It is important to note that coffee beans are not beans but seeds harvested from fruit pits growing on the coffee plant’s stalks. Coffee plants grow in warm climates with medium to high humidity.

Coffee plants that produce Arabica beans are difficult to grow. First, it takes seven years for them to fully develop. For these plants to have the best quality beans, they should grow in altitudes of 1,500 m and more.

The plants need moderate temperatures with even amounts of rain. Arabica bears red berries and small white flowers, and the beans grow in the center of the berries.

These plants also have the innate capacity to repel insects and diseases and can grow at any altitude, especially if the temperatures aren’t too extreme. It is both cold-hardy and drought-friendly.

As mentioned, Arabica beans originated from Ethiopia. However, other countries can grow them as well. Currently, Brazil is the number one producer of Arabica beans, producing five billion Arabica plants each year.

This makes up half the total number of plants growing globally. They also grow in Latin countries, including Guatemala, Panama, Mexico, and the Jamaican Blue Mountains.

Robusta is grown in fewer countries because it has lower demand compared to Arabica. It can grow in Vietnam, the highest producer of Robusta coffee, India, and Africa.

Arabica beans have different varieties, but only two are most commonly used: Typica and Bourbon. Typica is the first discovered variety. It is known as the original coffee of the New World. It yields a low crop, but it is valued for its excellence.

On the other hand, Bourbon varieties are prized for their complex, balanced aromas. This variety has spawned many high-quality mutations and subparts.

Robusta beans don’t have much variety because they aren’t popularly produced like Arabica.

The price for consumers depends on a few different factors. The most crucial factor is its popularity. Its origins and growing conditions also have a significant effect on its price.

For example, Arabica beans are generally more expensive because of their demand. Apart from that, they require specific growing conditions, making them costly to produce.

On the other hand, Robusta beans are more affordable because they aren't as popular as Arabica. They also don’t taste as good and can be grown easily, so the cultivation doesn’t cost as much.

According to a study by the International Coffee Organization, almost 60% of the world's coffee production comes from Arabica cultivators. Arabica beans originated in Ethiopia.

This country is one of the largest producers of Arabica beans, accounting for 3% of the global coffee market.

These beans are harvested through the plant’s flowers, which only appear after a couple of years, producing fruits that contain the coffee beans.

Arabica beans are known to be less caffeinated compared to Robusta, but they are often better tasting.

This type of coffee bean produces a sweeter, smoother taste, with flavor notes of sugar and chocolate.

They usually also have hints of berries or fruits. In addition, their acidity is higher, contributing to the winey taste that makes high-quality tasting coffee.

Because of their flavor, Arabica beans are more expensive. Most beans you find in the supermarket are exclusively Robusta, along with the instant and cheap coffees produced for commercial use.

You can still find Arabica in the grocery stores. However, it’s not guaranteed to be high-quality. 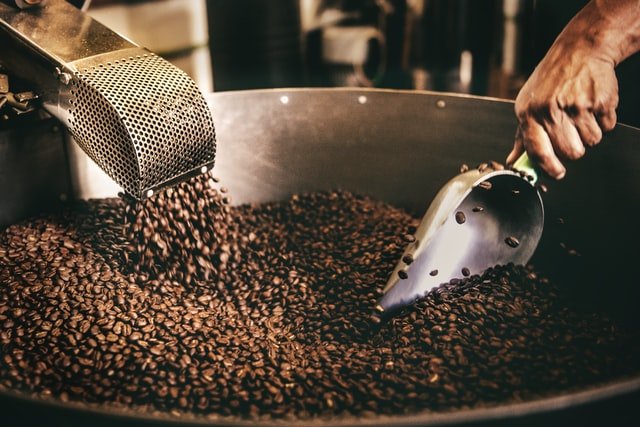 Robusta is the most common variety of coffee beans in the world. Even though it is considered to taste inferior to Arabica, it is usually used in espresso blends because it produces a better crema or the creamy layer found on top of an espresso shot.

In addition, these beans are hardier, more resistant to disease, and produce a better yield. They even have more caffeine.

According to studies, the amplified caffeine content of Robusta and its chlorogenic acids (known as antioxidants) are the result of the plant’s self-protection mechanism, the same method it uses to ward off pests and diseases.

When chlorogenic acids in Robusta are low, they are considered to play an integral role in the coffee’s flavor.

However, these beans contain high levels of these acids. These acids are also the result of the oxidation process and can introduce unwanted flavors, compromising the cup quality.

Although they may be second-rate to Arabica, some Robusta beans are still high-quality and valued, especially in espressos, since they can produce deep flavor and good crema. 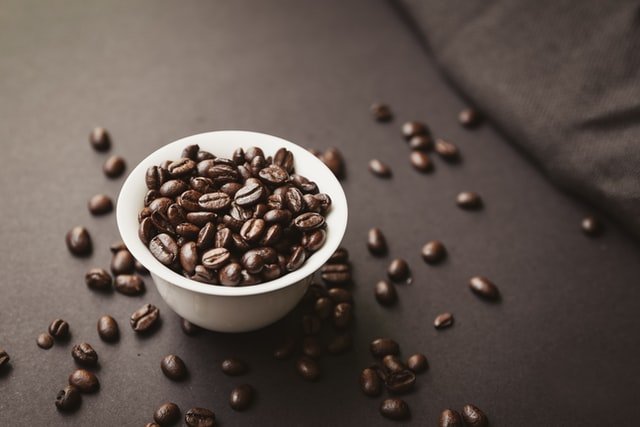 Is Folgers coffee arabica or robusta?

Folgers coffee contains both Robusta and Arabica coffee beans. It uses a very popular blend of both medium-roasted beans.

Is Ethiopian coffee robusta or arabica?

Ethiopia coffee is Arabica beans. This type of bean originated from this country.

Is Starbucks coffee arabica or robusta?

Starbucks only uses the finest Arabica beans in all of its coffee drinks. It also uses the same beans on the coffee grounds and beans they sell.

What kind of coffee does Dunkin Donuts use?

What coffee does McDonald's use?

Many people who drink coffee don’t really mind the type of beans used in their coffee.

However, coffee enthusiasts and lovers are particular about the kind of coffee they drink, especially because they can easily tell the difference between the two beans.

Hopefully, this guide can help you understand more about Arabica and Robusta and how they differ from one another.